Mrs Justice Whipple has ruled that character references relied on at sentencing hearings are as a class not confidential documents. The default position is that they should be released to the media on request.

On 15 September 2020 Charles Elphicke, the former Tory MP for Dover and Government whip, was convicted of three counts of sexual assault and sentenced to two years’ imprisonment.

The Guardian, The Times and the Daily Mail applied for the release of character references relied on at the sentencing hearing as part of the mitigation advanced on behalf of Mr Elphicke. The 34 letters of reference were referred to by the defence in submissions and read by the judge during the sentencing hearing.

The media argued that where documents have been placed before a judge and referred to in the course of proceedings (whether civil or criminal), the default position is that the media should be permitted to have access to those documents in accordance with the open justice principle, as established in Cape Intermediate Holdings Ltd v Dring [2019] UKSC 38 [2020] AC 629 and R (Guardian News and Media Ltd) v City of Westminster Magistrates Court [2012] 3 WLR 1343, [2012] EWCA Civ 420.

Mrs Justice Whipple held character references, although often submitted in letter form are evidence, like any other evidence, received by the Court for the purposes of passing sentence, at a public hearing. The default position is that the public should be allowed access. Either party, or the Court, could have referred to the references, including naming the referees, during the course of the public hearing. If that had occurred, the press could have reported that freely.

The Court held that there is a legitimate public interest in knowing how the Court arrived at the sentence in this case, and in knowing what was said about Mr Elphicke by those who know him. The public interest is stronger in relation to character referees who are themselves in public life but it exists even for those who are private individuals. If assurances were given that the references would remain confidential, they were false assurances which were misconceived in law.

The judge rejected the defence’s argument that there would be a chilling effect on people willing to provide such references in the future. “If people understand the role that a character reference plays in the sentencing process, informing the Court of the wider picture, I doubt that many will walk away. To the contrary, disclosure will ultimately promote confidence in the criminal justice system, in which such referees play a part”, the court held. “The attendant publicity may be unwelcome and itself may interfere with private life, but that is part of the open justice principle at work.”

In this case, the judge concluded that all the character references should be disclosed, subject to redactions for personal private content (for example, details about medical conditions) and anonymisation in some cases (private constituents and others who perform some role in the community falling short of being public figures or community representatives) where concerns about press intrusion weighed more heavily.

Last month, it was reported that a number of Conservative parliamentarians were rebuked by the office of the Lord Chief Justice, and referred to the parliamentary commission for standards by Labour MPs, after they wrote to senior judges ahead of the hearing suggesting that senior judges should intervene to influence the decision of the judge. In his annual press conference earlier this month, Lord Burnett of Maldon, the Lord

Lord Chief Justice, said he was considering whether the case raises wider questions about the legislature's understanding of what its role was in the constitution, and the influence it could wield over the judiciary. 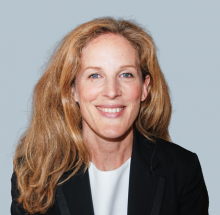