Child refugees may be missing because of Home Office failure’ says Safe Passage charity, as government loses at Court of Appeal

The Court of Appeal has today ruled that the government misled the High Court and the Upper Tribunal over its decision to refuse child refugees who had been in Calais the right to join their families in the UK, following the emergence of crucial emails showing that Home Office lawyers gave advice on how the UK government could avoid legal challenges by children stranded in France.

In the days leading up to and following the demolition of the Calais camps in October 2016, the Home Office interviewed 1000 unaccompanied children to assess whether they should be given permission to join their families in the UK under family reunion criteria in EU Regulation Dublin III. The applications of 530 children were rejected but the Home Office provided little to no explanation as to the basis of the refusal, meaning very few children were able to challenge the decision. Many then went missing from the French centres in which they were living.

A High Court ruling in September 2017 found that the Home Office acted lawfully when it did not provide full reasons for rejecting the children’s applications. That decision has today been overturned by the Court of Appeal, which has found that High Court ruling was wrong, because the judge was given an ‘incomplete picture’ by the government and ‘a great deal of important evidence’ was not brought to the attention of the court. The Court of Appeal also upheld findings by the Upper Tribunal in individual children’s claims that the process had been unfair.

This evidence, withheld by the government until it was revealed to the individual children and Citizens UK’s legal team as a result of evidence disclosed in another case, includes emails between Home Office officials regarding advice they received from their lawyers that they should not provide reasons for refusing the children’s applications to join their families, to avoid legal challenges.

The emails also show that contrary to what the High Court and Upper Tribunal were originally told by the government, French authorities wanted the UK to give the children adequate explanations for rejecting them. French officials were concerned that without these explanations, the children would have no hope of challenging the decisions and could not be assured that their cases had been properly considered, and as a result might leave the care of the authorities and try to reach their families themselves.

In light of these emails, the Court of Appeal has today found that the failure by the Home Office to provide reasons for rejecting the children cannot be explained by the unusual and urgent conditions under which officials were working in Calais, or because of a requirement by French officials, as previously claimed. Indeed the emails reveal that the French wanted the process to continue; it was a unilateral UK decision to end the transfers of these vulnerable children to join their families.

The decision not to give justifications was made because British authorities believed that providing proper reasons would create a perceived risk of legal challenge to the refusals by the children.

The ruling states that the Home Office process for refusing to transfer the children was ‘unfair and unlawful,’ finding the failures in the process to be prejudicial to the children, who had no realistic prospect of challenging the rejections.

Sonal Ghelani of the Islington Law Centre, which worked on the appeal against the government said:

“Public authorities have a duty of candour to provide the court with a full and accurate explanation of all the facts but we now know there was a serious breach of the duty of candour in this case, such that when making his ruling in the government’s favour, the High Court Judge was misled.

“It is extremely disturbing that these emails show the Home Secretary was advised by his own lawyers to act unfairly and unlawfully, in order to avoid legal challenges by the children concerned.

“This is in direct contravention of a fundamental tenant of fair decision-making, where reasons are often required precisely to allow the person against whom a decision is taken to know if they have a basis on which to challenge it.

“The Secretary of State should now launch an investigation into how all this came about, given that an unknown number of children have been denied the opportunity to know why their cases were rejected and whether these rejections could be challenged.”

Speaking on behalf of refugee charity Safe Passage, which works to reunite child refugees and their families in the UK, Beth Gardiner-Smith, Project Lead, said:

“Tragically, many of the children that were refused by the government with no good reason have since gone missing from French authorities’ care, and we have little to no information on their whereabouts or wellbeing.

“Today’s judgment reveals not only the failure of the Home Office to comply with law but also its abysmal disregard for the safety and welfare of incredibly vulnerable children.

“By refusing these applications without providing reasons, the Home Office left potentially hundreds of unaccompanied children in Calais with no viable legal avenues to join their families. The Home Office knew the risk that these children might lose faith in the legal process and attempt to find their own way to their families. But it withheld the information anyway.

“A French Senate report from July 2017 found that 709 children removed during the clearances of the camps in Calais had subsequently gone missing from French care shelters. This should not be the case when many of the children affected have a legal and a moral right to safe passage.”

The Judgments are available here and here. 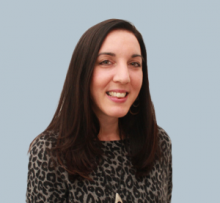 Child refugees may be missing because of Home Office failure’ says Safe Passage charity, as government loses at Court of Appeal