Christopher Johnson successful in landmark decision on the illegality defence

On the morning of 10 February 2019, Alexander Lewis-Ranwell was released from custody at Barnstaple Police Station whilst acutely psychotic. That day, he went on to kill three men, who he delusionally believed were endangering the lives of young women.

A jury found that Alexander was not guilty of murder by reason of insanity. At the conclusion of the trial, the jury passed a note to the judge, that read: “We the Jury have been concerned at the state of psychiatric health service provision in our county of Devon. Can we be reassured that the failings in care for ALR will be appropriately addressed following this trial?”.

Since the killings, Alexander has been compulsorily detained, first in prison, then in psychiatric facilities, where he remains.

Alexander is pursuing a claim in negligence and for breach of his European Convention rights against the police and three bodies involved in the provision of healthcare services whilst he was at Barnstaple Police Station.

Three of the four defendants applied to strike out the claim on the basis of the illegality defence / ex turpi causa. The strike out application was heard over two days by Garnham J. Judgment was handed down today, dismissing the Defendants’ applications on the basis that the illegality defence / ex turpi causa does not apply where a claimant has been found not guilty by reason of insanity. This is the first binding judgment on this issue.

A copy of the judgment is available here.

Christopher Johnson was led by Selena Plowden QC of Guildhall Chambers and instructed by Chris Thorne and James Edmondson of Clarke Willmott.

Christopher’s clerks include Sam Cooper, who can be contacted on s.cooper@doughtystreet.co.uk. 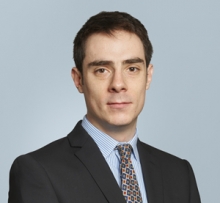 Christopher Johnson successful in landmark decision on the illegality defence