Police forces have at last begun completely to delete unlawful records of alleged 'Non-Crime Hate Incidents' (NCHI) following the Court of Appeal judgment in The Queen on the application of Miller v College of Policing [2021] EWCA Civ 1926.

Kevin Mills, a 63-year-old electrician, reported a crime to Kent Police only to discover that they had, unbeknownst to him, recorded an NCHI against him after one of his customers had complained about him. The police had never contacted Mr Mills to check the accuracy or reasonableness of the complaint or the NCHI.

Mr Mills requested deletion on data protection grounds. The request was refused, but Kent Police did offer to add a note to the record stating:

'Mr Mills strenuously denies that any actions or words used could have been perceived as discriminatory, or would warrant the recording of a hate incident. Mr Mills asserts that the allegation is false'.

Unwilling to accept the retention of any NCHI and convinced that the proposed 'note' could only aggravate the risk to his reputation and livelihood, he asked the Free Speech Union, of which he is a member, to intervene.

FSU directly instructed Nick Stanage to advise on data protection, privacy and human rights issues in the case. Following that advice, FSU obtained the complete deletion of the NCHI, thus avoiding the need for judicial review proceedings in which Mr Mills could have been very confident of success.

Nick Stanage has been succeeding in human rights claims against the police for 25 years. Modern times have led him to specialise in the law on free speech, crybullying, cancel culture and false allegations.

Media coverage: The Spectator, The Sun, The Sunday Telegraph. 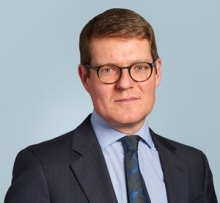