The Appellant had been committed for contempt by the Respondent after allegedly breaching a freezing order made during family proceedings. He attended the contempt hearing as a litigant in person. He gave evidence without being warned by the judge of his right to silence. He was subsequently found to have been in contempt.

Christopher Sykes appealed the ruling on the single ground that the Appellant should have been warned of his right to silence. The failure to do so caused the proceedings to be fundamentally unfair. The Court of Appeal ruled in favour of the Appellant and set aside the finding of contempt.

Christopher was instructed by Robert Berg and Marc Livingston of Janes Solicitors. 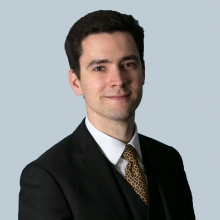