The Lord Chief Justice, Rose and Coulson LJJ’s have today reserved judgment in an article 8 claim brought by two social workers who were criticised in a non-statutory public inquiry (the “Wass Report”) for concocting false allegations that the Island of St Helena was a haven for pedophilia and a destination for sex tourists.

The Court will decide whether the report, said by the claimants to vitiated by procedural unfairness and contain unfair and untrue, career ending conclusions, is (1) as argued by the government, covered by absolute parliamentary immunity because it was printed and published as a parliamentary paper pursuant to a little known parliamentary device known as the unopposed return process (URP) and (2) as argued by the Chair of the Inquiry, she is not a “public authority” for the purposes of s6(3)(b) Human Rights.

The claimants argue (1) that because the report is generated by the Executive and has no true connection with the core business of parliament, that immunity should not trump an otherwise viable claim under the HRA and (2) that contrary to the Chair’s case she is a public authority.

The first judgment can found here and the second judgment here. 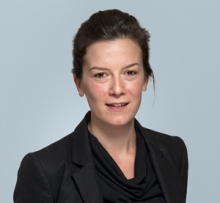