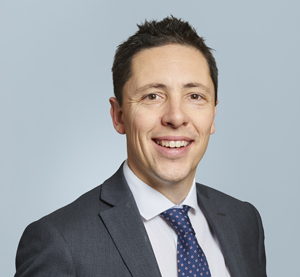 David has been listed as a leading junior in the directories since 2013 and has been appointed as a Special Advocate by the Attorney General. He also sits as a Fee Paid Judge of the First Tier Tribunal, (Immigration and Asylum Chamber).

As a leading Immigration junior:

“His knowledge of UK immigration law is exceptional, as is his understanding of Tribunal procedure and persuasive arguments to pursue.” Legal 500 2021 Edition

"Quick off the mark and well versed in a wide breadth of immigration and administrative law, David provides advice and assistance that is clear and on point." Chambers and Partners 2021 Edition

"Popular and respected barrister with a broad practice spanning immigration, employment and civil liberties. A regular feature in the High Court, Court of Appeal and European courts, he demonstrates particular skill in public authority disputes. He is equally excellent at handling sponsorship issues surrounding PBS for institutions as he is acting for vulnerable individuals in asylum claims."

"Incredibly knowledgeable and he gives sound commercial advice." "He is extremely responsive and very good with clients." Chambers and Partners 2018 edition

"An enormously bright barrister, who is very easy to work with” Legal 500 2016 edition

"He's brilliant: incredibly organised and approachable." "He has a multidisciplinary approach, he will often do immigration cases that involve other elements of law." Chambers and Partners 2017 edition

"Knowledgeable and responsive, with a solid grasp of the immigration rules." "He is incredibly thorough and really flexible with his time. You can phone and ask him questions and have an in-depth conversation about complex issues. He is also prepared to push parameters." Chambers and Partners 2015 edition

“a very strong junior who is particularly strong on the human rights and immigration crossover.” Chambers and Partners 2014 edition

As a leading Administrative and Public Law junior:

‘He is well organised, good with clients, and has a good knowledge of the law.’ Legal 500 2021 Edition

"He cuts through to the important parts of a case and delivers biting arguments." Legal 500 2017 edition

“Incredibly good at cutting through the minutiae of a case and going with the arguments that win". Legal 500 2015 edition

David is an experienced practitioner in both the High Court and Court of Appeal and continues to be instructed in complex matters within the Tribunal system, including SIAC. David also has experience in litigation in the European Court of Human Rights, having drafted pleadings on behalf of individual applicants and intervening parties, as well as in the Court of Justice of the European Union. He has a particular interest in civil actions against public authorities, using both the common law and remedies under the Human Rights Act 1998, with a view to extending the scope of existing liabilities. Examples include his successful representation of the Claimant in the seminal Supreme Court negligence case of Robinson v Chief Constable of West Yorkshire, in addition to James Bowen and others v Chief Constable for the Metropolitan Police, concerning an attempt to extend an employer’s duty of trust and confidence to the conduct of litigation concerning an employer’s alleged wrong doing.

David’s general public law practice is wide-ranging with a particular recent focus on procurement issues, claims for and against Educational Institutions, and consultation challenges to hospital and school closures. His experience of regulatory and standards matters has also seen him instructed in statutory appeals on behalf of elected representatives, disqualified for breaches of their Codes of Conduct.

As an experienced civil litigator David accepts instructions in a wide range of areas, including unlawful detention matters, Article 1 Protocol 1 damages claims, discrimination claims, actions against the police and defamation actions (both Claimant and Defendant). He is also instructed on a wide range general contractual matters, from successfully representing Jeremy Corbyn MP in the high profile litigation concerning the proper interpretation of the Labour Party’s leadership election rules, to an international dispute concerning the ownership of a Boeing 757 representing Ethiopian Airways, in which he represented Ethiopian Airways.

In immigration and asylum he regularly appears before both the First Tier and Upper Tribunal's as well as the Court of Appeal, which recently described his oral advocacy as displaying "great skill but also economy." David also has extensive experience in the Administrative Court, primarily through judicial review challenges to fresh claim applications and unlawful detention.

As well as lecturing extensively on new developments in this rapidly changing field, David is also approved by the Law Society and acts as an assessor on the Immigration and Asylum Accreditation Scheme, for solicitors and legal representatives.

David recently represented eight claimants in their claims for damages arising from the Home Office's delay in granting them settled status. The Court of Appeal, in Home Office v Mohammed and others[2011] EWCA Civ 351 rejected the Home Office's long held reliance upon Anufrijeva v Southwark LBC[2003] EWCA Civ 1406 and potentially opened the door for an increase in loss of earnings claims by those who have been subject to unlawful delays in the grant of settled status. The case is of particular importance to the many individuals who suffered losses arising from the Home Office's policy as described in R(oao S) v SSHD [2007] EWCA 546. The Court of Appeal, in one of Sedley LJ's last judgments, also took the opportunity to confirm that, in general, negligence claims could not be sustained against public authorities where the proximity between the parties was solely created by a statutory relationship.

David's recent case load has seen his extensive involvement in a string of public law challenges to the UKBA's removal of a number of Educational institutions from the Tier 4 sponsorship register. Having achieved successful outcomes, he is currently involved in a number of planned damages claims arising from the procedures operated by the Home Office’s to suspension and revocation license holders.

David also has extensive experience in advising and lecturing to corporate, including multinational, clients as to their obligations when employing foreign workers, and regularly represents in civil penalty appeals.  He has also recently represented a number of very high profile sportspeople, in relation to their immigration affairs.

He is the current author of the Lexis Nexis Practice Notes on the Tier 4 Sponsorship regime.

In employment David works in the fields of racial and sexual discrimination, unfair dismissal, working time regulations and unlawful deduction of wages, both for Claimants and Respondents. As well as appearing at Tribunal and Employment Appeal Tribunal levels, David also works in an advisory capacity, for private clients, local authorities, trade unions, and through his connections with Camden Community Law Centre. He has a particular interest in the increasingly complex interrelationship between immigration and employment law.

David has long standing experience in pursuing civil actions against the police for malicious prosecution, false imprisonment and assault.  His immigration and public law practice have seen him increasingly involved in civil actions against the Home Office, in unlawful detention claims, but also in a string of claims seeking damages under the Human Rights Act 1998.  David remains instructed in an on-going multiparty civil claim arising from the Home Office’s delay in granting settled status to Iraqi asylum seekers.  This resulted in the recent Court of Appeal case of Home Office v Mohammed and others [2011] EWCA Civ 351 where the Court of Appeal rejected the Home Office's long held reliance upon Anufrijeva v Southwark LBC [2003] EWCA Civ 1406 and potentially opened the door for an increase in loss of earnings claims by those who have been subject to unlawful delays in the grant of settled status.

David appears on a regular basis in the Administrative Court, pursuing public law challenges to decision both of the Secretary of State for the Home Department, and other public bodies.

His work has recently focussed on procurement issues, as well as actions for and against Educational institutions. David has both lectured and written about the new Procurement Directives and provides both prompt and realistic advise to clients in an area where time will very often be of the essence.

David’s human rights background, and experience in regulatory work have also seen him instructed in a significant challenge to the Welsh Standards regime.  In the case of Heesom v Public Services Ombudsman for Wales (PSOW), Welsh Ministers intervening [2014] EWHC 1504 (Admin) the Administrative Court gave detailed consideration to the relationship between the right to political expression under Article 10 ECHR and a representative’s obligations under their Code of Conduct.

David was led by Nichols Bowen QC in the landmark Supreme Court case of Robinson v Chief Constable of West Yorkshire [2018] UKSC 4 where they successfully argued that the police owe a duty of care to avoid causing foreseeable personal injury to another person in accordance with the general law of tort, and that this extends to a duty to protect an individual from a danger of injury which they have themselves created. Mrs. Robinson was an innocent bystander when a pre-planned arrest operation of a suspected drug dealer went badly wrong, resulting in personal injury to Mrs Robinson.

David represents parents, students and schools in public law education appeals to the First-Tier Tribunal (SENDIST), disability discrimination cases in the SENDIST, race and disability discrimination claims in the County Court, breach of contract claims and in related judicial review proceedings. He and has appeared in cases involving maintained and independent schools, academies and colleges, and in matters involving school transport, statementing / EHC Plans, and discrimination. David also has significant experience in matters with an immigration cross over, and particularly in relation to the UKBA’s sponsor licensing system.

David is highly experienced both in defamation and data protection litigation. His thriving defamation practice is particularly focussed on controversial cases with a political or religious dimension. Recent cases have included actions involving high profile political figures both in the United Kingdom and abroad. David’s data protection expertise compliments his defamation practice as well as being integrated into his public law workload. His breadth of experience across a number of fields adds significant value to litigation since David is able to identify and pursue novel applications of heads of claim at an early stage.


The Supreme Court today handed down the judgment in the l...Read more


Over a two-day hearing this week the Supreme Court will h...Read more