Today the Court of Appeal of Trinidad and Tobago quashed the manslaughter convictions of Roger Mootoo, Phillip Boodram and three others. The Appellants were represented by Edward Fitzgerald QC and Paul Taylor QC, leading Rajiv Persad and a team of attorneys from Allum Chambers in Trinidad.

The Appellants had been convicted in 2017 and sentenced to 28 years imprisonment with hard labour. The prosecution alleged that the deceased had been killed in a drug related revenge attack, and relied on the accomplice evidence of Roderique. The Court made comprehensive findings in relation to adverse publicity, non-disclosure (describing the prosecution stance at trial as having generated “profound disquiet”), the need for an accomplice warning, misdirection on lies, and the unviability of the prosecution case on manslaughter. They further found for the appellants on the rare ground of lurking doubt. The prosecution did not seek a retrial. 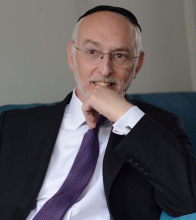