Jamie Burton QC and Sarah Steinhardt acted for Dr Robert Abrahart in his successful claim against the University of Bristol in discrimination under the Equality Act 2010, and in negligence. In what is believed to be the first case of its kind, the court found has today found that disability discrimination caused Dr Abrahart’s daughter, Natasha, “serious and … continuous” suffering and that the un-adjusted requirement to carry out oral assessments, despite Natasha’s distress, was “the primary stressor and cause of Natasha’s depressive illness”, which led to her suicide.

Natasha Abrahart was a physics student and had Social Anxiety Disorder. She had been a high-achieving student until her second year at university but from October 2017 she was required to undertake oral assessments as part of a laboratory module. Academic staff first became aware of her profound difficulty with oral assessments when she left the first such assessment without being able to answer a single question. In December 2017 Senior Tutor for the School of Physics noted that “She does have a problem with what looks like panic and anxiety issues with the interview assessment format”.

Her body was found in her flat just six months later, on the day she was due to give a presentation to fellow students and staff in a 329-seat lecture theatre. Her death followed earlier suicidal behaviour and attempts in the months leading up to her death. She was at least the tenth student at the University of Bristol to take their own life since October 2016, and was just 20 years old.

In a 46-page written judgment issued today at Bristol County Court His Honour Judge Alex Ralton found that the University had: breached its duties to make reasonable adjustments to the way it assessed Natasha; engaged in indirect disability discrimination against Natasha; and treated Natasha unfavourably because of something arising in consequence of her disability.  He found that these breaches led to her death.

At the conclusion of the trial the University accepted that its assessment methods had contributed to Natasha’s death but denied that it was required to modify those assessments for her as “an ability to explain and justify experimental work orally is a core competency of a professional scientist”.  This defence was rejected by Judge Ralton, who found: “It is obvious to me that the fundamental purpose of the assessments was to elicit from Natasha answers to questions put to her following the experiments and it is a statement of the obvious that such a process does not automatically require face to face oral interaction and there are other ways of achieving the same.”

The Judge found that adjustments, such as removing the need for oral assessments altogether or, in relation to the conference on 30 April 2018, assessing Natasha in the absence of her peers or using a smaller venue, were reasonable and should have been put in place. “Whilst a few ideas” regarding possible adjustments were “floated” by the University, the Judge concluded that “none were implemented”.

After finding that Natasha’s suffering was “serious and, from what I have seen in the evidence, continuous” the Judge ordered the University to pay damages of £50,518. This reflected the injury to Natasha’s feelings, the deterioration in her mental health caused by the University, and funeral costs.

A claim in negligence was rejected by the court, which found that no relevant duty of care was owed. However, the Judge determined, if there had been a relevant duty of care, it would have been breached by continuing to require Natasha to give interviews and attend the conference and marking her down if she did not participate when it knew that Natasha was unable to participate for reasons beyond her control.

Jamie and Sarah were instructed by Gus Silverman at Irwin Mitchell.

The family was represented by Tom Stoate at the earlier inquest. 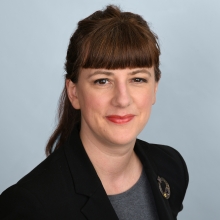