Obtaining bail on a charge of murder is rare these days but the decision by a Judge at the Old Bailey a year ago to grant bail to William Hardy was vindicated when this 71 year old man, William Hardy was acquitted of murder and manslaughter yesterday at the Old Bailey after 44 days of trial and the jury having been in retirement for 35 hours. Four others were convicted of either murder or manslaughter relating to the shooting of a man within metres of HMP Pentonville Prison in 2020. 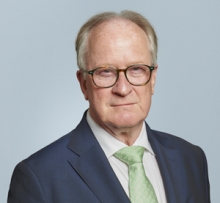