Kirsty Brimelow QC and Abigail Bright, together with Dr. Jacques Hartmann, Professor of human rights law at Dundee University, act for academic and writer Enver Altayli (author of the acclaimed biography: A Dark Path to Freedom: Ruzi Nazar from the Red Army to the CIA) in an application to the ECtHR alleging violations of Articles 2, 3, 5, 6, 8, 10 and 14 (in conjunction with Article 5) of the European Convention on Human Rights. They filed their application on 30 April 2020. Mr. Altayli is 77 years old and in poor health. He has spent over 4 years – since his arrest in 2017 – in solitary confinement at Sincan F-Type High-Security Penitentiary Institution in Turkey. Ms. Brimelow QC and Ms. Bright have been acting for him since 2019.

Mr Altayli’s case has been joined to 242 other such cases against Turkey.

Mr Altayli was arrested in 2017 for alleged membership of, and alleged terrorist activity associated with Fetö, the alleged Gülen movement said to be responsible for an attempted coup in Turkey in July 2016 against President Recep Tayyip Erdoğan. In November 2021 Mr. Altayli was sentenced to 23 years’ imprisonment for alleged links to Fetö and activities to assist Gülen (currently living in the United States). 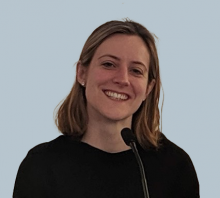