On 4 July 2019, DJ Tempia discharged M from an Italian European arrest warrant, which sought M’s extradition to serve a 5 year 2 month sentence for an offence of infanticide. The Judge concluded that extradition would breach the family and private life rights of M and her child, S, as protected by Article 8 of the European Convention on Human Rights.

Italy seeks M’s extradition for an offence dating from May 2013. It is alleged that M sought the assistance of another in order to procure an abortion while 5 months pregnant. Having taken the abortifacient medication, the baby’s body was disposed of.

On the basis of expert psychological evidence from Dr Wolgroch, the Judge found that M was suffering from a mental disorder at the time of the offending. The Judge also found that M continues to suffer with PTSD, that separation from her child, S, would take away her only protective factor, and that extradition would pose a substantial risk of suicide.

On the basis of expert child psychological evidence from Dr Wain, the Judge found that M’s extradition would have a profound impact on her son, who has Down’s Syndrome and low cognitive functioning. While M’s husband would be able to meet his son’s basic needs, the father’s continued presence could not mitigate the profound negative impact extradition would have on S, and no pre-emptive psychological intervention would assist.

On the basis of expert evidence on Italian law from Prof Saccucci, the Judge accepted that following the birth of her child, M was interviewed without the basic safeguards required by Italian law and Article 6 ECHR and that this evidence was not excluded from the trial process; that M’s mental health condition was not properly dealt with at trial; and, that her defence lawyer had failed her in a number of significant aspects, including failing to lodge an appeal to the Court of Cassation despite agreeing to do so.

M was represented by Graeme Hall, who was instructed by Alison Fong San Pin at Lawrence & Co Solicitors.

Prof Saccucci is an associate member of Chambers. 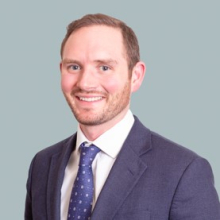