Paris, France – In a ground-breaking judgment rendered today, the French Supreme Court approved the indictments of the French multinational cement company LafargeHolcim SA (‘Lafarge’) for complicity in crimes against humanity and financing of terrorism committed by the Islamic State of Iraq and Syria (‘ISIS’) and other armed groups in Syria.

This case represents the first time a French multinational corporation has been charged with complicity in crimes against humanity for human rights abuses committed abroad.

According to the indictments, Lafarge made multimillion-dollar payments to ISIS and other armed groups and traded raw materials with them while it operated a cement plant on Syria’s northern border with Turkey during the Syrian civil war. These acts took place, at least until the summer of 2014, with Lafarge being fully aware of ISIS and other armed groups' on-going crimes in Syria and Iraq.

In November 2019, the Paris Court of Appeal confirmed the criminal indictments against Lafarge and some of its former executives and employees, for financing of terrorism but dismissed charges of complicity in crimes against humanity. This judgment was challenged by Yazidi victims as well as Lafarge and other defendants.

Today, France’s Supreme Court cleared the way for a criminal trial, by both upholding the charges of financing terrorism and quashing the annulment of the charges of crimes against humanity.

Regarding the charge of financing terrorism, the judgment rendered today underlines that:

“Lafarge and its local subsidiary were called upon to negotiate, albeit indirectly, with ISIS or other terrorist groups in order to maintain logistical flows”

and that this support was sufficient to constitute the criminal offence of financing of terrorism, since the criminal nature of ISIS’ activities was well known to the defendants.

Regarding complicity for crimes against humanity, the Criminal Chamber of the Supreme Court noted that the trial judges had sufficiently demonstrated:

“firstly that Lafarge had financed, via its subsidiaries, ISIS activities to the tune of several million dollars, and secondly, that it had precise knowledge of the actions of the organisation, which were likely to constitute crimes against humanity”

and therefore, that the charges of complicity in crimes against humanity should be reinstated.

The investigations by the examining judges and the public prosecutor into the alleged financial and material assistance provided by Lafarge to ISIS and other terrorist groups in Syria during the civil war will now resume.

In response to the judgment, Natia Navrouzov, Legal Advocacy Director at Yazda, commented that:

“This decision is truly ground-breaking and will send a clear message to both companies and victims: no one is above the law and justice applies to all types of actors, individuals or corporations. As for individual perpetrators, companies should face cumulative prosecution and be charged for the full extent of the crimes committed. Lafarge’s actions facilitated unimaginable harm, including sexual enslavement and torture, inflicted by ISIS to hundreds of Yazidi survivors trafficked and held captive in Syria, only a few kilometres from the cement plant. The least Lafarge can do now is to take responsibility and compensate the victims.”

Barrister and victims’ counsel, as well as Yazda counsel Amal Clooney commented that:

“Today’s judgment by the French Supreme Court is a huge step forward for victims of crimes committed by ISIS and for survivors all over the world fighting for justice. In a historic judgment, the French Supreme Court has confirmed that if corporations are complicit in heinous crimes, they must answer to a court. Corporations should take note: if they are complicit in human rights violations they will be held to account and victims will be entitled to reparations.”

Rachel Lindon and Luke Vidal, French counsel for the Yazidi victims and Yazda organisation commented that:

“This decision is a landmark to be put to the credit of France’s highest judicial body and the judges of its Criminal Chamber, who, by a strict application of law, have confirmed that no assistance of any kind to terrorist and genocidal criminal groups shall be tolerated under the French rule of law. This decision is a victory for the Yazidis as well as all other populations persecuted and harmed by ISIS and terrorist groups that were active in Syria. It is also a victory for criminal law and international justice as a whole”.

The counsel and advocate before the French Supreme Court for the victims that are civil parties in this case was Catherine Bauer Violas. These victims are represented by Luke Vidal and Lefa Mondon of Sygna Partners, Amal Clooney, Nicolas Angelet and Emilie Gonin of Doughty Street Chambers, Rachel Lindon and Mathilde Aublé of Lindon & Rohan Chabot, and Professor Pascal Beauvais (Sorbonne Law School, Panthéon - Sorbonne University).

For an Arabic version of this press release, please click here.

Yazda is an NGO that has been supporting survivors and documenting crimes committed by ISIS for more than seven years. Yazda has helped to identify, locate and support victims in criminal proceedings in multiple jurisdictions around the world.

The French Supreme Court is known as the Cour de Cassation.

According to article 121-2 of the French Criminal Code legal persons may be held liable for criminal offenses committed on their account by any of their representatives or organs.

At this stage the Supreme Court assessed if according to article 80-1 of the French Code of Criminal Procedure “serious or corroborating evidence” existed against Lafarge making it likely that they may have been involved in the commission of the indicted offences, including financing terrorism, complicity in crimes against humanity, deliberately endangering the lives of others (namely those of Lafarge’s Syrian employees) and customs offence. 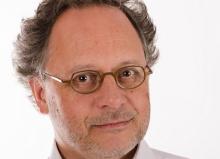