The two-week inquest heard that Anthony repeatedly threatened suicide in a bid to get treatment for an intestinal ulcer after suffering months of vomiting, nausea, abdominal pains, and internal bleeding. Despite these cries for help, Lancashire NHS Foundation Trust, who were responsible for providing healthcare in the prison, failed to send Anthony to hospital, or to prescribe proper pain relief, and instead branded him as “drug-seeking” and sent him to be locked inside his cell where he died, covered in vomit.

Frederick was able to obtain an admission from Lancashire Care NHS Foundation Trust during the Inquest that serious systematic and procedural healthcare failings occurred which caused Anthony’s death, as well as in relation to multiple specific failings in relation to clinHical judgment, communication, medical records, audit trails, and the level of compassion shown towards Anthony.

The jury found that Anthony’s death was caused by the neglect of the medical staff at HMP Garth, and contributed to by the neglect of the nursing staff. The jury identified multiple missed opportunities to diagnose and refer Anthony for medical treatment at a hospital, a lack of communication between healthcare staff, a failure to take basic medical observations during assessments, and inadequate medical history checks, as contributing to his death.

At least two members of nursing staff have been referred to the General Nursing and Midwifery Council for further disciplinary proceedings following matters which came to light during the inquest process.  Furthermore, the Coroner indicated that he would send the Prevention of Future Deaths Report to NHS England, the body responsible for commissioning NHS services, to express strong reservations about Lancashire Care NHS Foundation Trust providing healthcare inside prisons in the future.

Frederick was instructed by Lauren Dale of Hudgell Solicitors.

The inquest has attracted national media coverage in The Sunday Times.

Frederick is a member of the Inquests & Inquiries, Clinical Negligence & Personal Injury, and Actions Against the Police and Public Authorities practice teams. You can read more about Frederick’s practice here. 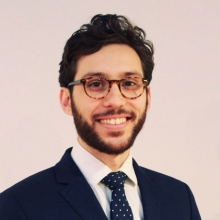