The High Court has found that part of the Regulations governing Personal Independence Payments (PIP) are unlawful and discriminate against people with mental health impairments.  The claimant in the case, RF, had all three of her grounds of challenge accepted by Mr Justice Mostyn.  He held that the Regulations are discriminatory, in breach of Article 14 of the European Convention; that they are ultra vires; and that the preceding consultation process was unlawful.

The claimant is represented by Martin Westgate QC, Alison Pickup and the Public Law Project.

There were two interveners who supported the challenge: the Equality and Human Rights Commission (EHRC) and MIND. Caoilfhionn Gallagher QC represents the EHRC. The EHRC argued that the Regulations breach the right to independent living, protected by the UN Convention on the Rights of Persons with Disabilities (CRPD). Mr Justice Mostyn agreed and stated that this further supported his finding that the Regulations are discriminatory. 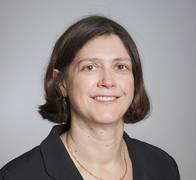