The High Court has declared that the Secretary of State for Work and Pensions unlawfully fettered her discretion when setting the rate at which court fines are deducted from Universal Credit.

The Secretary of State has a statutory discretion to deduct outstanding court fines directly from a claimant’s universal credit, up to a maximum of £108.35 per month.  However, she adopted a policy whereby she will always deduct at the maximum rate, subject to an overall cap on all third-party deductions from universal credit of 30% of the claimant’s standard allowance.

The Claimants had a history of social and financial problems, including mental health problems, substance abuse and rough sleeping.  They were issued with court fines for minor offences, which they struggled to pay, and were then subjected to deductions from their universal credit at the maximum rate of 30% of their standard allowance, leaving them in hardship.

The Court held that the policy constituted an unlawful fetter of discretion, because it did not allow for the consideration of exceptional circumstances, such as hardship.  The Court rejected the Secretary of State’s defence that claimants could apply for a new payment plan directly with the Magistrates’ Court, recognising that the power to make deductions exists for the benefit of claimants and society.

Michael Spencer was instructed by Beya Rivers of Hackney Law Centre and led by Richard Drabble QC of Landmark Chambers, together with Tom Royston of Garden Court North Chambers (instructed by Shelter). 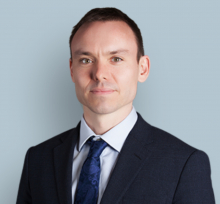