Both the African Union and Vanuatu were appearing for the first time before the ICJ. Both supported Mauritius’ efforts to end the UK’s presence on the Chagos Islands.

The UK are yet to indicate whether it will comply with the Court’s opinion. However, what is already clear is that this case could have consequences beyond Mauritius. Vanuatu’s Foreign Minister stated that "the principles set down by the ICJ in this case will contribute to the resolution of ongoing disputes beyond the Chagos Islands, including in our negotiations with France over Matthew and Hunter Islands, and for the people of West Papua." Cyprus’ Attorney General has also indicated that the Opinion was “a legal tool” it could use in respect of the two British military bases on Cyprus. 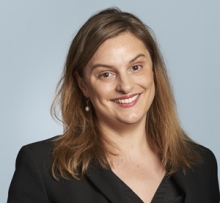