Daniel died on 4 June 2021 after he was allowed to leave Farnham Road Hospital by a student nurse against the supervising consultant’s express medical advice. The student nurse told the Inquest that she had not been made aware of the consultant’s instructions and that no concerns had been raised about Daniel during the nurses’ handover meeting that morning. The student nurse also told the court that she was unaware that it was against Trust policy for unqualified staff to allow patients leave from the ward and said she had signed patients out on at least 10 occasions without being challenged by senior staff. She said she had seen other non-qualified staff also grant patients leave.

The jury at the inquest into the death of 19-year-old Daniel Joe Mattin, of Guildford, concluded that systemic failings caused or more than minimally contributed to his death. It also found that his death had been contributed to by neglect, a gross failure to provide basic care.

They found multiple failings that probably made a material contribution to Daniel’s death, including failings in the sharing of information about his care plan, management and leave arrangements; failings in the handover systems and staffing of ward rounds and multi-disciplinary meetings; and failings in the arrangements for granting leave to voluntary patients. It found further failings in the risk assessments and management processes; and in the Trust’s response when Daniel was noted to be absent from the ward on 4 June.

Tayyiba Bajwa, acting on behalf of Daniel’s family, was instructed by Sophie Wells with Caleb Bawdon of Leigh Day. 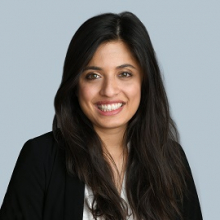