The UN session in Geneva this morning focused on gender discrimination and violence against women.

Addressing UN delegates at the council, Anahita Shams, a BBC Persian reporter and member of the National Union of Journalists (NUJ), said: "My female colleagues and I have been consistently attacked online, with concerted sexual defamation and harassment on social media platforms."

"One of the main techniques to discredit women journalists is through the spread of fake images online and false information accusing us of sexual indecency, to discredit us with our families and the broader public."

"In one example, a fake photoshopped pornographic image of a female presenter was sent to her 14 year old son at his school in London."

Working with legal experts from Doughty Street Chambers, the BBC this week has also submitted a new urgent appeal to the UN Special Rapporteur on Violence against Women, its causes and consequences, Dubravka Šimonović, and to the UN Human Rights Council Working Group focused on discrimination against women in law and in practice.

Caoilfhionn Gallagher QC and Jennifer Robinson, counsel to the BBC World Service, said: "Evidence shows that online abuse is a global phenomenon - female journalists receive about three times as much abuse as their male counterparts. The Iranian authorities’ targeting of female journalists online is a particularly extreme and concerning example of this wider trend."

"The online harassment and abuse is intended to silence and intimidate BBC journalists and constitutes a clear attack on the right to freedom of expression and the right to be free from gender-based violence and harassment. The public are also affected as it impinges on their ability - both in Iran and worldwide - to access a free, diverse and pluralistic media, which includes women’s voices."

"We have drawn this unacceptable practice to the attention of the United Nations."

The Iranian authorities have been systematically targeting BBC Persian journalists (who are mainly based in London), and their families in Iran, since the service launched satellite television in 2009.

In June 2019 Twitter removed nearly 4,800 accounts with ties to the Iranian government in a continuing effort to prevent election interference and misinformation on the platform.

In 2017 the Iranian authorities commenced a criminal investigation into journalists working for BBC Persian in London, alleging their work is a crime against Iran’s national security. The investigation was accompanied by an asset-freezing injunction preventing 152 named individuals, comprising mainly current and former BBC Persian staff, from buying or selling property inside Iran.

Journalists and their families fear for their safety and have been subjected to ongoing surveillance. Family members have also faced arbitrary arrest and detention, the confiscation of passports and travel bans to prevent them from seeing their relatives working for the BBC.

The majority of BBC Persian staff affected are UK nationals and dual nationals from France, Germany, Italy, Australia, Canada and the United States are also affected.

Since then, the BBC, NUJ and IFJ have worked together with Doughty Street International barristers Caoilfhionn Gallagher QC and Jennifer Robinson to continue their UN advocacy at the Human Rights Council and at the General Assembly. 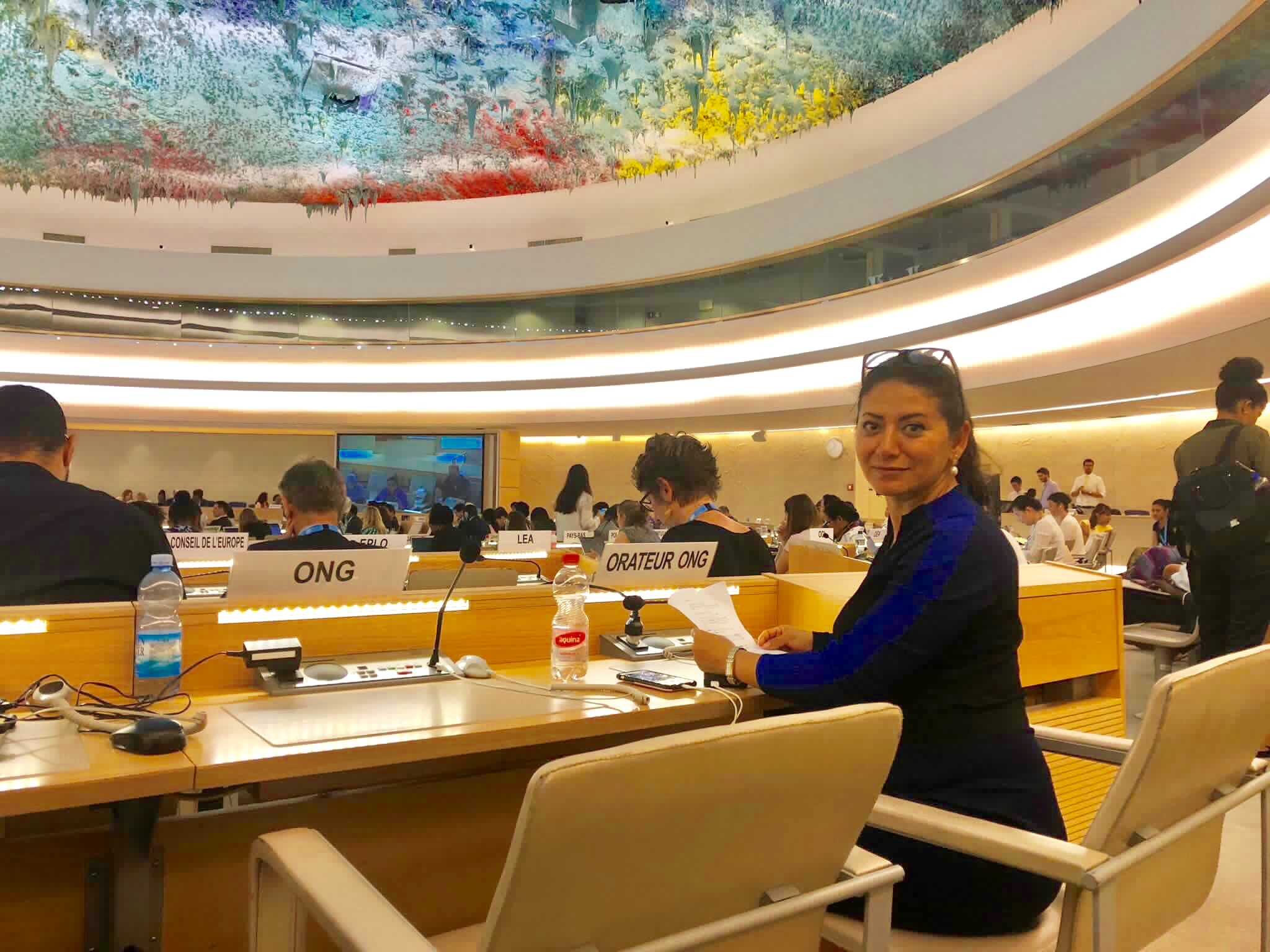