Mary Westcott successfully overturned an extradition order made by District Judge Jabbitt on all three grounds raised: Proportionality; the passage of time; and Article 8 ECHR.

The EAW was based on thirteen alleged distraction thefts from elderly victims and subsequent dishonest withdrawals from cash points in Germany during March 2009.

The impact on the Appellant’s four year old child was at the heart of the case.  The Appellant (a Romanian national) is her daughter’s primary carer, with a supportive wider family ready to step in if extradition went ahead.  In allowing the appeal on each ground, Fordham J also overturned the first instance findings that there had been no culpable delay and no oppression.  Further, the German Court’s rejection of an s21B offer and less coercive measures had not been “reasonable”, due to “patent weaknesses” in the explanation given by Germany authorities.

“Brexit uncertainty” and the pandemic were not merely subjective, but could also be relevant as objective factors without indulging in speculation, particularly because of the obvious extra problems caused with reunification of mother and child following extradition.

The full Judgment is available here.

The appeal was heard on 14 October 2020, with Judgment handed down on 17 November 2020.  Mary Westcott was instructed by Natalia Cichosz of Lawrence & Co. 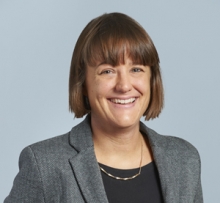