Maryam Mir represented a procurement manager facing two charges of assault/ assault occasioning Actual Bodily Harm; one of which was said to be committed against a child.

The prosecution case was based on the evidence of the two complainants, one of whom was twelve years old. Maryam sensitively and expertly cross examined the child witness using the procedures in Section 28 of the Youth Justice and Criminal Evidence Act 1999. A third adult witness and two police officers evidence were also challenged.

Maryam cast doubts on the reliability of the complainants evidence, challenged the officer’s evidence about alleged injuries and positively asserted the defendant had at all times used reasonable force in the prevention of crime and in the defence of personal property.

The jury returned two unanimous verdicts of Not Guilty in under 2 hours of deliberation. 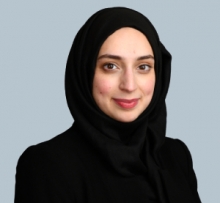