Nick Toms successfully represented Mr Paul Williams,  a National Executive Committee member of the Public and Commercial Services Union in a claim against his employer, the Driving and Vehicle Standards Agency.  Mr Williams’ claimed that he had been discriminated against because of his trade union activities when he failed to secure an alternative role having been displaced in a re-organisation.  The employment tribunal concluded,

“the reason Ms Cambell (Head of Human Resources) did not want Mr Williams to be recruited to the post was because she did not want a person who held union roles like he did and undertook activities like he did in the post.  She wanted him to stop his union role if he accepted the post.  We further conclude the inference to draw from the circumstances was she saw it as having the ‘enemy within’ and so she did not impose the rule to restrict conflicts of interest but to keep a union activist out.”

This is a very significant legal victory for the trade union.  It demonstrated that at least one of its senior leaders was being victimized because of his union role.  It is to be hoped that Mr Williams will now be found an alternative role with his employer. 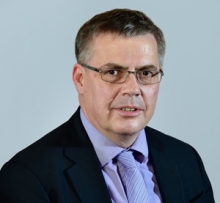