Alasdair Mackenzie has acted in the Upper Tribunal for a Ghanaian family of five, in a case establishing that the Home Office’s policy on fee waivers is unlawful. A link to the judgment is attached below. The case promises to have far-reaching effects for people applying to stay in the UK who cannot afford the high fees routinely charged by the Home Office.

In R (Dzineku-Liggison) v SSHD, the family included three British-born children, who were applying to remain here on human rights grounds, in particular relating to the children’s long residence. The fee which they would ordinarily have to pay to the Home Office for all of them together came to £7,665, including the immigration health surcharge.  But the family had no income and minimal savings, and were not permitted to work because of their immigration status. They were supported by the charity of friends and family members.

When they applied to the Home Office for a waiver of the fees, they were told that they did not qualify because they were not destitute: i.e. they had a roof over their heads and were not going hungry. They challenged that decision, and the fee waiver policy itself, by way of an application for judicial review.

The Home Office accepted before the Upper Tribunal that the correct question, as explained in previous cases, was not whether they were destitute but the broader one of whether they could afford to pay the fees. However, it argued that both the policy and the individual decision correctly applied that test. The Upper Tribunal did not accept that, finding that the wording of the policy was likely to lead the reader to consider that mere inability to pay was insufficient to qualify someone for a fee waiver. It therefore declared the policy to be unlawful. It also rejected as unrealistic the Home Office’s alternative proposal that the family might (despite their lack of earnings or collateral, and their lack of secure immigration status) be able to borrow the money.

The Home Office has been granted permission to appeal.

Alasdair was instructed by Saul Stone at Duncan Lewis Solicitors. 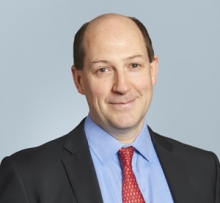