Chambers acts for Mr Harvey Proctor who will be available to speak to the media about the Henriques Report due to be released today. Mr Proctor and his solicitors and counsel were permitted to read the report a week ago and this is their response:

Mr Proctor said: ‘I am grateful to Judge Henriques for this coruscating report about the incompetence, negligence and likely criminality of the police officers of Operation Midland who deliberately and unlawfully trashed my life and reputation and that of public men more illustrious than myself. For all the suffering these bad and bungling police have caused me I do not seek revenge. I deserve compensation (which the MPS has yet to agree) but most of all I want certainty that this behaviour will not occur again and that others will not suffer as I have from such monstrous abuses of police power. I am very glad the Home Secretary is to take action to hold the police accountable in future although to do so she will need to get rid of the IOPC – a worthless organisation – as its report which I have seen and which will published on Monday, will reveal.’

Mr Proctor welcomes the finding of the Henriques Report that he was innocent and fantasies of his accuser should have been recognised early in the investigation. ‘The problem was that the police assigned to interview Beech lacked common sense and yielded to intense pressure from Tom Watson, an irresponsible politician out for his own publicity in order to boost his claim to be an alternative leader to Jeremy Corbyn. What is also amazing and worrying is that these policemen were not properly supervised by their superiors, including Cressida Dick. She showed no leadership or professional ability to insist on investigation into Beech himself and was unaware of the illogicality of treating him as a ‘victim’ of crimes which were incredible. Although she has at least apologised to me, I have not heard a word from the other senior officers whose unprofessional behaviour ruined my life, namely Rodhouse, McDonald and Tudworth.’ Mr Poctor said he was outraged when Ms Dick admitted on LBC last week that she knew McDonald was wrong to say that Beech was ‘credible and true’ as soon as she heard it. ‘As head of Midland at this time, why didn’t she order an immediate retraction of this announcement which said, in effect, that we were guilty of the murder and rape of children? She did nothing and this wicked lie hung over us for 9 months before it was withdrawn. Her inaction was irresponsible and immoral and she should now consider her position’.

Mr Proctor’s counsel Geoffrey Robertson QC said that the Henriques Report revealed that ‘Operation Midland was conducted incompetently, negligently and almost with institutional stupidity. The allegations were inherently incredible, there was not a shred of evidence during or after they were investigated and Beech had already been shown by another police force to be a fantasist’. He endorsed the findings by Henriques that the warrant had been granted unlawfully because police had withheld necessary information from the judge. ‘They never told him that after 4 months intensive inquiries they had not found the slightest corroboration for these unbelievable allegations or that another police force had already found Beech was untruthful’. Mr Robertson urges the Home Secretary to end the practice by which police obtain search warrants at secret and unrecorded court hearings. ‘The only way to deter police from making fabricated allegations or withholding essential information from the court is to record all applications for search warrants, so police can later be held accountable if they abuse their powers’.

Mr Robertson predicted that the result of Operation Midland may be that police will lose their historic immunity from being sued for negligence. ‘The negligence in this case was so gross and so repetitive and so damaging to innocent individuals that the Home Secretary should decide that the time has come for the UK – like other advanced countries – to permit victims of police incompetence to sue for negligence and obtain compensation for it’. He said the Supreme Court may be moving in this direction after a recent decision by the Canadian Supreme Court to abolish police immunity for negligence, but it would be better if parliament passed a law to this effect. He said that a claim for negligence is the usual way for victims to obtain damages for losses caused by carelessness or incompetence but British courts have historically declared that police are immune. For that reason, actions against police have to prove misfeasance or ‘misconduct in office’ – it is not enough to show incompetence or carelessness. ‘If Parliament were to end this immunity, police would take much more care with their inquiries than they did in Operation Midland’.

You can read more about this case in the wider press here. 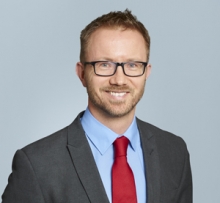