His international legal team calls on the government of Equatorial Guinea to end his arbitrary detention immediately and unconditionally.

Artist and activist, Ramón Esono Ebalé, has instructed a team of expert international lawyers to challenge his continued detention by the Equatoguinean state.  Mr Ebalé, a citizen of Equatorial Guinea, has been detained in Black Beach prison, Malabo, without charge since his arrest on 16th September 2017. When arrested he was questioned about his cartoons.

This week, Mr Ebalé’s international legal team, along with the organisations EG Justice and Cartoonists Rights Network International, have filed urgent appeals with the UN’s Special Rapporteur on the Promotion and Protection of the Right to Freedom of Opinion and Expression, Mr David Kaye, and with the United Nations Working Group on Arbitrary Detention.  The appeals request urgent steps to protect Mr Ebalé and to call on the authorities in Equatorial Guinea to comply with their international legal obligations.

These urgent appeals have been filed after the President of Equatorial Guinea, Teodoro Obiang, failed to respond to an urgent open letter calling for Mr Ebalé’s immediate and unconditional release, sent on 15 November 2017 by a large number of expert international organisations, including Amnesty International and Human Rights Watch. The letter was also signed by Baroness Helena Kennedy QC, Chair of JUSTICE.

Ramón Ebalé is a well-known illustrator, blogger and human rights activist.  For many years, he has been a critic and satirist of President Obiang’s regime in Equatorial Guinea.  His work continues to receive international recognition and he is the recipient of multiple awards.

His blog, Las Locura de Jamón y Queso was blocked by the government of Equatorial Guinea in 2014 and remains shut down there.  His work has been exhibited in Equatorial Guinea, as well as in Cameroon, Ethiopia, Spain, Paraguay and the United States.  He has collaborated with various international organizations, including the African Union and UNICEF and gives lectures on political corruption, dictatorships and democracy.

In 2011, and following threats on social media to Mr Ebalé and his family from government supporters, he moved to Paraguay, where he continued to exhibit his work.  In 2014, he published a graphic novel, La pesadilla de Obi (“Obi’s Nightmare”) funded by EG Justice, an NGO based in the United States. The novel depicts President Obiang as a citizen, experiencing the injustices of his own regime.

Ramón Ebalé was arrested with two Spanish nationals by members of state security on 16th September outside a restaurant in Malabo, the capital of Equatorial Guinea.  Mr Ebalé had returned to the country from Paraguay to apply for a new passport.

While the Spanish nationals were released, Ramón was detained without explanation or charge.  He was questioned by state security about his views on President Obiang and the nature of his cartoons of the President, Vice-President and First Lady. On 20th September, Mr Ebalé appeared in court, accused of counterfeiting and money laundering – although no mention had been made of these allegations when he was first arrested and questioned.  He was not formally charged with either offence but was subsequently detained at Black Beach prison in Malabo.

He has now been detained without charge for more than 70 days.  His lawyers in Equatorial Guinea filed a request for his release on bail on Monday 20th November but are yet to receive a response from the court.  The open letter to the President has also been ignored.

Freedom of expression is severely curtailed in Equatorial Guinea. On 16th April 2017, police arrested the President and Vice-President of the Equitoguinean human rights organisation, CEID. Both men were detained without charge for ten days. Cultural and artistic comment on President Obiang’s regime has been subject to severe restriction. In July, authorities detained Benjamin Ndong, after he released a song in support of taxi drivers who were protesting an increase in licensing fees. A UNICEF-funded theatre production raising awareness about HIV was banned also because of its criticism of government policy on sexual health.

Journalists have faced similar restrictions. In August this year, authorities ordered the withdrawal of all copies the pro-government weekly Ebano, which reported government harassment of journalists in Equatorial Guinea.  In January 2015, security officials detained two Financial Times journalists and confiscated their equipment, which was not returned. The journalists were released after several hours but only after revealing their laptop passwords.

Mr Ebalé has instructed Doughty Street Chambers, EG Justice and Cartoonist Rights NetworkInternational to take action. Their urgent appeals sets out the infringements by Equatorial Guinea of its international obligations both to protect Mr Ebalé’s right to freedom of opinion and expression and that his arbitrary detention with no legal means of challenge is neither necessary or reasonable

Tutu Alicante, Executive Director of EG Justice said “An innocent man has now been deprived of his liberty for over 70 days, solely for exercising his freedom of expression with a pencil. The lack of evidence to substantiate the police accusation, and the state’s unwillingness to summon witnesses to be interrogated by Ramon’s lawyers shows that the accusations were completely fabricated.  It is time for the United Nations and its members to take urgent action to place pressure on the government of Equatorial Guinea to free artist Nse Ramon.” 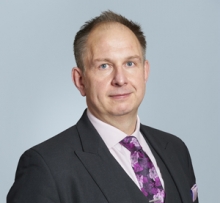