We are thrilled to announce Rt Hon Sir Stephen Irwin has joined us as an Associate Tenant.

Stephen was a founding member of Doughty Street Chambers. At the Bar, Stephen specialised in scientific and medical cases, legal professional negligence, and in silk appeared in a number of criminal cases.  He had an extensive practice in group actions. As Chairman of the Bar he had to fill a highly public role, often facing conflicting demands.

Stephen currently is the Chair of Misconduct Appeals Panel in the House of Commons. 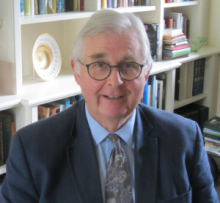