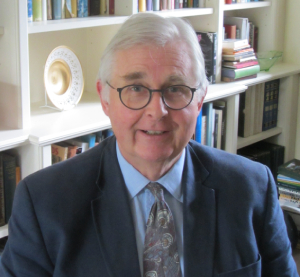 Stephen was a founding member of Doughty Street Chambers. At the Bar, Stephen specialised in scientific and medical cases, legal professional negligence, and in silk appeared in a number of criminal cases.  He had an extensive practice in group actions. As Chairman of the Bar he had to fill a highly public role, often facing conflicting demands. He had to appear frequently on television and radio.

On the Bench he expanded his legal range. He sat extensively in crime, at trial and on appeals. He dealt with difficult sentencing problems, including passing a whole life tariff, and sentencing for causing death by careless driving, where a family of six had all been killed. He sat in the Administrative Court for 9 years, dealing with immigration and asylum, immigration detention, extradition, prison cases, medical and professional discipline, education, health provision, the regulation of advertising, the implementation of EU Directives, prosecutorial decisions, and more. He also sat on a wide range of tort and contract cases.

As Chair of SIAC, he faced unusual legal challenges, derived from SIAC’s parallel open and closed hearings, dealing with Top Secret evidence in every case. In the Court of Appeal, he sat on the whole range of cases, including extradition, immigration, crime, national security, family and property.

2020 to date - Chair of Misconduct Appeals Panel, House of Commons

2020 to date – Trustee of the Slynn Foundation

1997 - Called to the Bar of Northern Ireland


We are thrilled to announce Rt Hon Sir Stephen Irwin has ...Read more