Sarah Elliott QC and Daniella Waddoup acted for JG, a 23-year old man who brutally killed his step-grandmother, who had raised him since a baby. The defendant slit her throat, in front of others, with a large hunting knife, and tried to decapitate her, believing her to be an evil witch who “had to go”.

JG was floridly psychotic and in a profoundly disturbed emotional state at the time of the killing, which the court described as shocking and tragic.

Psychiatric experts found that JG had a primary diagnosis of paranoid schizophrenia and that although he may have taken illicit drugs in the run-up to the killing, his abnormality of mental functioning was a significant factor in causing him to act as he did. The prosecution were persuaded to accept a plea to manslaughter on grounds of diminished responsibility.

The Recorder of Cardiff agreed with the submissions of Sarah and Daniella that the most appropriate way of dealing with the case was by way of a hospital order coupled with a restriction order. The effect is that JG will be detained in a high-secure hospital to receive treatment for the foreseeable future. The restrictions affect leave of absence, transfer between hospitals and discharge, all of which require Ministry of Justice permission.

The Judge was persuaded to find JG’s culpability to have been low notwithstanding his possible drug use. She rejected a ‘hybrid order’ (which would allow for the defendant to be transferred to prison for punishment upon completion of his treatment), noting that the public would be better protected if decisions about release and supervision are led by clinicians.

Press coverage can be found here. 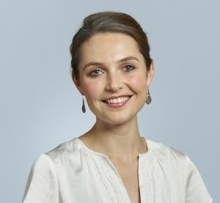