Sarah Elliott QC successfully defends businessman accused of breach of a restraining order and further acts of stalking his ex-partner.  The defendant was accused by his former partner of breaching a restraining order which had been imposed against him after he had pleaded guilty to harassing her and to further acts of stalking involving serious alarm or distress, and faced a prison sentence if convicted. He was acquitted of 5 counts after a 9-day trial.

Sarah was instructed by Nick Dent and David Sleight of Kingsley Napley. 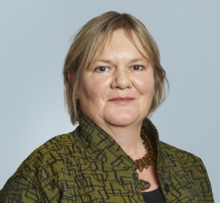