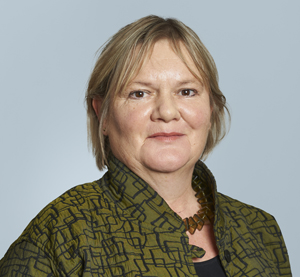 Sarah has a proven track record in achieving successful outcomes for clients and specialises in defending sexual allegations and homicide. ‘A go-to QC for defence in sex cases, she works incredibly hard to get the best result.’ - Legal 500, 2018

Sarah only acts for defendants, meaning that her years of expertise are specifically honed in order to ensure that defendants get the best outcome. She has a strong reputation for winning unusual, complicated and demanding cases. Sarah knows the enormous stress and difficulty legal proceedings cause to clients and those close to them, and is skilled at dealing with the issues that arise with firmness and sensitivity.

Sarah is a ranked individual Silk in Chambers and Partners 2019 and has been described as:

“on the most wanted listed for heavy weight crime.” Solicitor sources for the 2018 edition say that “Sarah Elliott is hugely well prepared for every case she does. She knows the case better than anybody else in court. She’s developed a specialist sex practice. Without a doubt, she’s absolutely top notch", and "She lives, breathes and sleeps her cases. An arch strategist.”

“Her manner and skill before a jury are a master class”.

The 2018 edition says she is "A go-to QC for defence in sex cases, she works incredibly hard to get the best result."

She has been described in the directories as:

“A superb jury advocate, who knows the law from back to front.”
"one of the very best trial advocates around"
“leaving clients reassured by her manner and juries persuaded by her arguments”

Sarah is available for advice at all stages of criminal proceedings and regularly provides consultations for individuals and their families at the very earliest stages of an investigation, pre-police interview and pre-charge.

She also is available for advice in criminal appeals or potential appeals and ‘second opinion’ work.

Consultations can either be available in person or via video conferencing/Skype.

Sarah accepts both privately and publicly funded instructions and accepts cases under the Public Access scheme.

She is also available by private instruction for a wide variety of criminal work and at all stages of proceedings.

Sarah specialises in defending the most difficult and demanding of homicide cases which require a particularly careful approach.

Sarah is one of the leading silks at the Bar for defending sexual allegations. She is counsel of choice for solicitors and those accused of sexual offences because of her proven track record in achieving successful outcomes in all types of cases, from multiple rape allegations to possession of indecent images, and at all stages of proceedings from pre-charge to appeal.

She is known for her tactical skill and determination in achieving positive results for clients while providing them with a sympathetic and sensitive approach.

Sarah is regularly asked to provide pre-charge advice and can assist solicitors and clients through all of the early stages of proceedings. She is able to advise on the consequential effects of allegations of sexual offending and on reputation management. She is available for post-trial appeal advice and ‘second opinion’ work.

In 2019 Sarah’s instructions include representing,

Sarah has been instructed in many high profile cases and complex cases including (in 2016) the defence of a celebrity business man accused of paying a child for sex; (in 2015) defending a young woman accused of running and participating in a paedophile ring; and the defence of a clergyman arrested as part of the investigation into Bishop Peter Ball and concealment of abuse within the Anglican Church. Also in 2015 she defended in two further large scale prosecutions of non-recent sexual offending, the systemic sexual abuse in a Kent care home of boys with learning difficulties over a 30-year period and the historic sexual abuse of boys in two prominent Catholic boarding schools.


Simon McGuffie, alleged by the Prosecution to be at the h...Read more


Sarah Elliott QC has secured a not guilty verdict for a 6...Read more 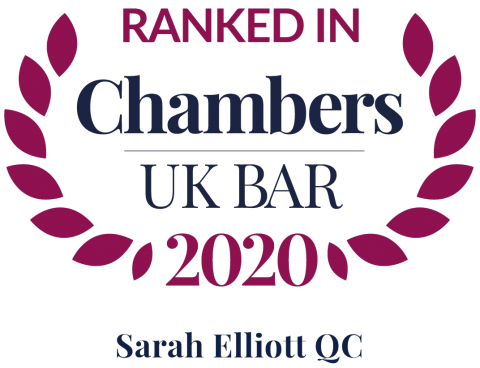 Sarah has been a Recorder since 2015.