On Tuesday 16 March 2021, Scotland became the first nation in the UK and the first devolved nation in the world to directly incorporate the United Nations Convention on the Rights of the Child (UNCRC) into domestic law.

MSPs voted unanimously for the United Nations Convention on the Rights of the Child (Incorporation) (Scotland) Bill to become law, meaning public authorities will have to comply with children’s rights. The Bill will commence six months from Royal Assent, and it has been welcomed by the Scottish Government as “signalling a culture shift that has the potential to transform children’s lives in Scotland.”

Professor Aoife Nolan, Academic Expert and co-head of Doughty Street Chambers’ Children’s Rights Group, was on the Scottish Government’s Child Rights Working Group. The Working Group was convened in June 2019 and met eight times between June 2019 and February 2020. Its Summary Report was published in July 2020, and its work informed the development of the model that incorporates the UNCRC into domestic law in Scotland.

In November 2020, the CRG’s Annual Lecture was delivered jointly by Bruce Adamson, Scottish Commissioner for Children and Young People, together with one of his young advisors, Beccie White. The Annual Lecture reflected recent developments in Scotland in terms of the then pending full and direct incorporation of the UNCRC into Scottish law, as well as the pressing need to encourage such advances in other parts of the UK. The Lecture was chaired by the Rt Hon the Baroness Hale of Richmond. It can be viewed here. 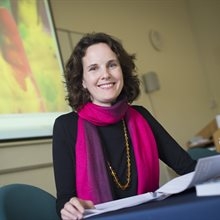