On Tuesday last week BB, who did not give evidence, was acquitted unanimously in less than three hours by a Jury in Leicester of murder.  The Defence case was that BB had done no more than to stick by his friend during a prolonged final illness.

The deceased died of a retroperitoneal bleed underlying a patterned bruise. This bruise did not apparently match any of the 21 shoes found in the flat.  It was left to the Defence to point out that a fall onto the bicycle in the hallway was a feasible source of a patterned bruise, a mechanism of injury confirmed by the prosecution pathologist during a forensic and careful cross-examination.

The prosecution case relied on ear-witness evidence of a commotion in the flat of the deceased, which it suggested was evidence of an assault that caused the deceased’s injury. What the ear-witnesses did not know was that the defendant was on the telephone at the time to the emergency services, seeking help for his friend. The defence played the 999 tape to the jury in evidence and in closing, commenting at every stage on the calmness of the defendant’s manner, the significant distance between him and the deceased, and the fact that the deceased was clearly spontaneously crying out in pain (entirely consistently with his medical history as evidenced from his records).

Issy Forshall QC of DSC and Paul Prior of the 36 Group defended BB. 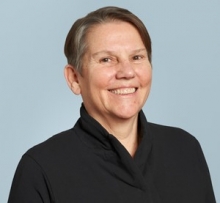