Doughty Street Chambers are delighted to welcome back Simon Cox, returning as a full tenant after eight years as the migration lawyer for the Open Society Foundations.

Before taking up his post with Open Society, Simon spent 15 years practicing from Doughty Street Chambers and remained an associate tenant – he was a full tenant at DSC before going to the Open Society.

Simon has extensive experience of public and administrative law in England and Wales, with many appearances before the UK Supreme Court/House of Lords, Court of Appeal, High Court, Upper and First-tier Tribunals and the Special Immigration Appeal Commission.

His specialist practice includes all aspects of immigration, nationality, and social security law, as well as ‘cross-over’ issues, such as migrants’ eligibility to housing & community care; export & co-ordination of social security benefits and “hostile environment” practices. He also advises and represents businesses, and national and local government agencies.

Simon has acted in leading cases on international sanctions before the UK Supreme Court and EU Court of Justice, including Ayadi, Othman and M, A & MM and has advised on EU sanctions regulations on supply of military materiel to Libya and Syria. He has acted and advised on EU and international legal issues, including in Ireland, Hungary, Italy, Bulgaria, Spain and Romania, as well as Scotland, Northern Ireland, the Channel Islands and Gibraltar.

In his time away from Chambers, Simon worked with lawyers and activists across the world, including Indonesia, Malaysia, Nepal, and Europe, to develop litigation strategies to protect and advance the rights of international migrants and human rights defenders.

For more information contact Simon’s Practice Manager Rachel Finch at r.finch@doughtystreet.co.uk or on 020 7400 9054. 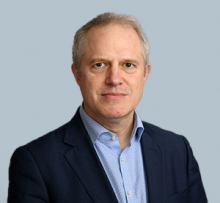