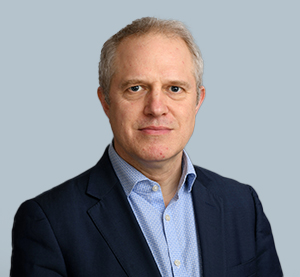 Simon has extensive experience of public and administrative law in England and Wales, with many appearances before the UK Supreme Court/House of Lords, Court of Appeal, High Court, Upper and First-tier Tribunals and the Special Immigration Appeal Commission. His specialist practice includes all aspects of immigration, nationality, and social security law, as well as ‘cross-over’ issues, such as migrants’ eligibility to housing & community care; export & co-ordination of social security benefits and “hostile environment” practices.

He advises and represents businesses, and national and local government agencies. He accepts instructions from solicitors and other qualified professionals: he does not currently accept direct access instructions.

Simon acted in leading cases on international sanctions before the UK Supreme Court and EU Court of Justice, including Ayadi, Othman and M, A & MM and has advised on EU sanctions regulations on supply of military materiel to Libya and Syria. He has acted and advised on EU and international legal issues, including in Ireland, Hungary, Italy, Bulgaria, Spain and Romania, as well as Scotland, Northern Ireland, the Channel Islands and Gibraltar.

He has often advised and represented NGOs in UK and abroad, acting as counsel in judicial reviews and interventions for Amnesty International, the AIRE Centre, Joint Council for the Welfare of Immigrants, Refugee Legal Centre, Child Poverty Action Group and the British Union for the Abolition of Vivisection. His recent work includes using EU law against legal restrictions on NGOs in different EU countries, and violations of worker’s rights and criminal laws in international recruitment.

From 2011 to 2019, Simon was the Migration Lawyer of the Open Society Justice Initiative. He worked with lawyers and activists across the world, including Indonesia, Malaysia, Nepal, and Europe, to develop litigation strategies to protect and advance the rights of international migrants and human rights defenders.

Before he began self-employed practice in 1995, Simon was employed for two years at the Free Representation Unit in London, supervising trainee lawyers and law students acting pro bono in social welfare and immigration tribunal cases. From 2008 to 2014, he was a member of the UK’s Tribunal Procedure Committee, which makes the procedure rules for the First-tier and Upper Tribunals. He is a member of the UK’s Immigration Law Practitioners’ Association and a director of the UK-based Association of Lawyers for Animal Welfare.


The Home Office has withdrawn its policy to evict thousan...Read more