Towards an early warning system for violence against women journalists

The International Center for Journalists (ICFJ) has today announced a new project working on “an early warning system to help detect, predict, and ultimately prevent violence against women journalists”, funded by a grant from the UK’s Foreign Commonwealth and Development Office (FCDO). ICFJ have announced that their research division, headed by Dr Julie Posetti, global director of research, will work in partnership with computer scientists from the University of Sheffield, Professor Kalina Bontcheva and Dr. Diana Maynard, and the Centre for Freedom of the Media (CFOM),

Full details are available in the ICFJ’s press release, here. 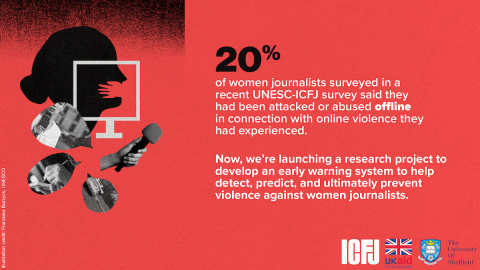 Towards an early warning system for violence against women journalists