On 10 September 2021, Yorkshire County Cricket Club (“YCCC”) released a statement summarising the outcome of an investigation into allegations of racism made by Azeem Rafiq. The statement recorded that seven allegations made by him were accepted by the investigators and noted that there was “no question that Azeem Rafiq, during his first spell as a player at YCCC, was the victim of racial harassment” and that he “was also subsequently the victim of bullying”.

Roger Hutton, Chair of YCCC, offered an apology on behalf of YCCC, stating, “On behalf of all at YCCC, I wish to extend my sincere, profound and unreserved apologies to Azeem and to his family.”

The full summary by YCCC can be found here.

Paras Gorasia, Jennifer Robinson and Margherita Cornaglia advised Mr Rafiq in respect of the investigation undertaken by YCCC and continue to act for him in his claim against YCCC for direct discrimination and harassment on the grounds of race, as well as victimisation and protected disclosure (whistleblower) detriment as a result of his efforts to address racism at the club.

The case has attracted significant national and international press attention and has shined a spotlight on racism in professional cricket. A sample of press reporting can be found here: BBC Sport, ITV News, The Guardian, ESPN Cricinfo, Sky Sports, The Times, Times of India, Belfast Telegraph. 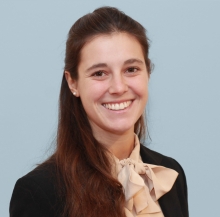