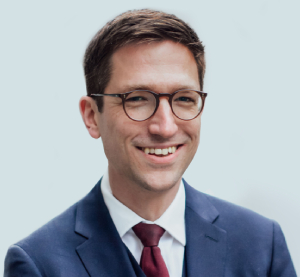 Daniel has a wide range of experience across private law, public law and human rights work.

Daniel has a wide range of experience across private law, public law and human rights work. His main areas of practice are housing, social welfare and community care, with a particular focus on discrimination, public law and human rights issues. He also undertakes work in civil actions against the police and other public authorities, and in media law.

He is regularly instructed to represent clients in claims for judicial review in the High Court, as well as parties – and third-party interveners – in a range of other proceedings from the County Court to the Supreme Court.

Daniel has a wide range of experience in public law, both within his other practice areas and more generally. Examples include:

Daniel undertakes a wide range of housing work in the county courts and High Court, including advising, drafting and advocacy in homelessness appeals and possession claims. Examples include:

His possession work includes defending tenants on a range of public and private law grounds, and has involved dealing with new or unusual points of law, as well as dealing with clients suffering from disabilities or who lack capacity to litigate. Examples include:

Daniel also represents tenants in claims for injunctions and damages in relation to a range of issues including tenancy deposits, disrepair, harassment and unlawful eviction. Examples include:

He has given seminars on various aspects of housing law, including at the Housing Law Practitioners’ Association annual conference.

Daniel has experience of a range of community care work, particularly in relation to securing accommodation outside the provisions of the Housing Act 1996.

He has conducted a number of judicial review claims against local authorities under the Children Act 1989, successfully securing urgent interim relief for vulnerable children and their families. Examples include:

Daniel has also been instructed in relation to claims against local authority children’s services departments in relation to failures to protect children and delays in bringing care proceedings.

He is a contributor to ‘Disabled Children: A legal handbook’, 3rd edition (2020).

Daniel developed an interest in media law before coming to the Bar. As a judicial assistant at the Court of Appeal, he worked on cases relating to contempt of court for publication of information on social media (Attorney General v Harkins [2013] EWHC 1455 (Admin), Attorney General v Davey [2013] EWHC 2317 (Admin)). As a paralegal at Bindmans LLP, he worked on the case of R (Miranda) v Secretary of State for the Home Department [2014] EWHC 255 (Admin), the judicial review challenge to the lawfulness of the detention of David Miranda under Schedule 7 of the Terrorism Act 2000 in connection with the disclosure of documents to the Guardian newspaper by Edward Snowden.

In 2019, he was awarded the Times Newspapers Fellowship, spending 2 months working with The Times’ in-house legal team. He gained experience of the full range of work of the team, from advising journalists on a range of issues prior to publication through to dealing with post-publication complaints and litigation. A particular focus was work relating to court reporting restrictions. This included being instructed to represent The Times in an application to vary a reporting restriction order at the Old Bailey.

He also regularly deals with anonymity issues arising in his housing, community care and police work, in relation to children and vulnerable adults.

Before coming to the Bar, Daniel gained substantial experience in actions against the police and other authorities. As a paralegal at Bindmans LLP, Daniel worked on the case of R (Miranda) v SSHD [2014] EWHC 255 (Admin), the judicial review challenge to the lawfulness of the detention of David Miranda under Schedule 7 of the Terrorism Act 2000. At Hickman & Rose, Daniel worked on a wide range of other private and public law actions.

Since joining Doughty Street, he has continued to build this experience, providing advice, drafting and advocacy in a range of cases, including:


The Home Office has withdrawn its policy to evict thousan...Read more


The High Court has found that the failure to provide acce...Read more


The Court of Appeal has granted permission to appeal in a...Read more