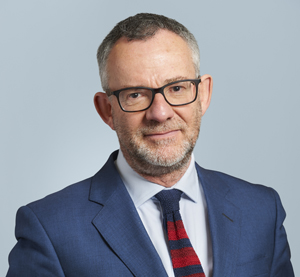 In addition to his trial work, he has an extensive local and international appeals practice.

David has recognised expertise in dealing with DNA and other areas of forensic evidence.

He also acts in inquests – particularly where issues of police misconduct arise.

What the Guides Say

David is listed as a leading silk in Legal 500, and as a ranked QC in Chambers and Partners:

David has extensive experience in all aspects of homicide defence and appeal. He regularly defends in multi-handed “joint enterprise” trials, often on behalf of young and vulnerable defendants.

He is instructed in several upcoming multi-handed murder trials at the Old Bailey and elsewhere.

DNA and other forensic evidence

David has developed a particular specialism in DNA cases, appearing in many of the leading trials and appeals in this controversial field. This too has been noted by commentators, who state that “DNA evidence is his thing, and he has the ability to understand forensic stuff that is not easy" (Chambers Guide 2014).

He is joint author of the DNA chapter in the leading publication, Rook and Ward on Sexual Offences.

His expertise includes "low template" DNA and complex mixed profiles, and he has extensive experience working with some of the foremost forensic scientists in this field. He has co-authored comprehensive articles on DNA law and practice published in The Archbold Review September 2012 and February 2011 and well-received features in the Law Society Gazette, January 2015 and March 2017. He was also interviewed by the BBC for the R4 documentary “Forensics in Crisis”.

He has co-presented a seminar on DNA transfer and new methods of DNA profiling. (DNA Transfer - Why it Matters)

He is a member of the ICCA experts working group and is a contributor to “Statistics and Probability for Advocates” – a guide produced jointly by the Inns of Court School of Advocacy and the Royal Society for Statistics.

He has recently worked on several cases where he has had to advise on digital forensics issues relating to admissibility of EncroChat messages provided to the NCA in Operation Venetic.

His forensic expertise extends to cases involving pathological and psychiatric issues. He recently successfully ran a defence of not guilty by reason of insanity in a case of attempted murder of a police officer.

David has extensive experience in providing focused pre- trial advice, trial representation and appeal advice. He also advises on related confiscation matters. He has advised professionals in relation to resisting or limiting the scope of PACE production orders and related issues of legal professional privilege (LPP).

He has defended in numerous large scale frauds and in money laundering trials.

Recent cases include securing a substantial reduction for his client in a multi-£M SFO “hidden assets” confiscation claim, and obtaining an acquittal for a solicitor at her trial for fraud in relation to a major police operation targeting high-value defence costs order claims.

He successfully defended two solicitors facing a private prosecution alleging fraud – persuading the trial judge to uphold an application to dismiss/abuse of process.

David has successfully represented an alleged dissident IRA terrorist (the Massereene Barracks murders), and secured an acquittal in a case involving allegations of home grown terrorists leaving the UK to fight for ISIS in Syria.

He is currently instructed in a forthcoming high-profile domestic terrorism case at the Central Criminal Court. .

Potential miscarriages of justice are a particular area of interest, and he receives instructions on a referral basis on a range of serious cases – including being instructed to provide a second opinion, as assigned counsel by the Registrar of Criminal Appeals, and in cases involving referrals from the Criminal Cases Review Commission (CCRC).

He has authored an article on post- Jogee joint enterprise appeals for the Law Society Gazette.

He is current instructions include advising a doctor in relation to a CCRC referral against a conviction for an assault offence which has blighted his medical practice, as well as several murder conviction appeals

David was asked to advise jailed Malaysian politician and “PM in waiting”, Anwar Ibrahim, prior to his release and pardon. David identified a number of concerns over the safety of the conviction for Sodomy which were subsequently highlighted in a press conference. He was pardoned due to “a clear miscarriage of justice”. Anwar subsequently agreed to be a guest speaker at a Doughty Street event about his case, and David was on the panel, and spoke about the legal issues that had arisen.

David accepts both public and privately funded instructions, and is accredited with the Bar Council to accept "public access" (direct) instructions in appropriate cases.

He has co-presented (along with leading US DNA expert Professor Dan Krane) seminars at Doughty Street Chambers and in-house with leading solicitors on recent developments in DNA law and practice. His most recent seminar related to DNA transfer and new methods of DNA profiling.

He was invited to speak at an international seminar at Cambridge University in August 2016 on the use of probability and statistics in criminal cases.

He has guest lectured to students on the Forensic Science Masters Course at UCL in relation to DNA and expert evidence.

He has lectured on aspects of money laundering, and has contributed to the BBC’s "Law in Action". David has provided training for a range of organisations including a leading media organisation (on crime-related media issues), the Criminal Cases Review Commission, Liberty and the DCA.

He has a keen interest in international legal issues, and in 2015 was invited by the Foreign Office to travel to Shanghai where he spoke at a UK-China seminar on UK criminal justice perspectives; also travelling to Hong Kong in 2016.


The defendant M was a Dutch national alleged to have part...Read more


David's client JC was accused of attempting to murder a p...Read more