Donnchadh specialises in public law and discrimination law. He has a wide range of experience in public law, particularly in community care law and migrants’ rights. He has been instructed as junior counsel before the Court of Appeal in strategic challenges to Government policy and the rights of children.

Donnchadh also practises in education law, data protection law and regularly advises bodies and individuals on their rights and obligations under the Equality Act 2010 and data protection legislation.

"It was a pleasure to work with Donnchadh. He was prompt in responding to any questions I had, kept me updated throughout, took the time to explain things to me where necessary and he is also very personable. He is knowledgeable and clearly committed…  I look forward to instructing Donnchadh again in the future."

Donnchadh practises in public law, encompassing human rights and discrimination, with a particular focus on community care law and migrants’ rights. He also acts in claims challenging the unlawful use of immigration detention powers.

Alongside his public law practice, Donnchadh regularly acts in social welfare cases resisting anti-social behaviour injunctions and in committal proceedings. He has particular experience in representing clients who lack capacity and those who are otherwise vulnerable. He also undertakes work in education law and has acted and advised in judicial review challenges as well as appearing before the FTT.

Donnchadh has appeared both led and unled in the High Court and has worked across all stages of judicial review proceedings in relation to asylum support, support under the Children Act 1989, age assessments and unlawful detention claims. Donnchadh is happy to be instructed in urgent judicial review claims and has particular expertise in representing unaccompanied asylum-seeking children, migrants who face destitution and retrospective challenges for care leavers and seeking interim relief.

Donnchadh advises and acts for NGOs in strategic litigation cases. He recently acted for Pregnant then Screwed in their judicial review of the Government’s self-employed income support scheme R (The Motherhood Plan) v HM Treasury [2021] EWHC 309 (Admin) (which has been heard by the Court of Appeal and is awaiting judgment). He was also instructed by Just for Kids Law in their challenge to the extension of the custody time limits, which led to the exemption of children from the new time limits.

Before coming to the Bar, Donnchadh worked and volunteered with a broad range of NGOs such as the benefit and debt relief charity Z2K and the UK Lesbian and Gay Immigration Group. His experience with the Anti Trafficking and Labour Exploitation Unit and The Unity Project place him suitably well to advise and act on behalf of migrants and victims of trafficking who face discrimination and are excluded from state support.

In addition, he worked in the legal team at Liberty as an Advice and Information Officer advising on a broad range of issues including discrimination, data rights and actions against the police. At Liberty, he ran a project providing advice to migrants in detention and developed a comprehensive “Know Your Rights” guide to stop and search.

Donnchadh has particular experience and interest in securing the rights of migrants in the community care context, including those who lack regularised immigration status, their children, and those subject to deportation proceedings.

Donnchadh has acted in numerous claims securing asylum support accommodation during the pandemic. Donnchadh was instructed, alongside Daniel Clarke and led by Simon Cox, in a challenge to the Secretary of State’s decision to commence evictions for refused asylum seekers during the Covid-19 pandemic.

Following the legal challenge, the Home Office withdrew its policy and agreed to accommodate refused asylum seekers until the end of the Government’s Roadmap out of lockdown.

He also has experience in advising on accommodation duties under paragraph 9 of Schedule 10 Immigration Act 2016 and difficulties that arise when securing accommodation for those who require accommodation to be approved by Probation services or the Police.

Donnchadh regularly acts in challenges to age disputes on behalf of unaccompanied asylum-seeking children and arising issues relating to support entitlement under the Children Act 1989 both in the High Court and in the Upper Tribunal. Examples include:

He also has experience in advising on leaving care duties under s.23C Children Act 1989 and retrospective ‘looked after’ children challenges.

Donnchadh is regularly instructed in judicial review matters in a wide range of areas of law including community care law, education law and prison law. He has appeared both led and unled in the High Court and has worked across all stages of judicial review proceedings and has appeared as junior counsel in the Court of Appeal. Donnchadh can advise on procedural matters and can advise at an early stage of proceedings on tactics and interim relief.

Donnchadh has recently been instructed by NGOs and claimants in relation to public law challenges flowing from the Government’s response to the Covid-19 pandemic. Examples include:

Donnchadh was also instructed on behalf of Liberty, led by Caoilfhionn Gallagher QC, to intervene in the Court of Appeal in Archer v Commissioner of Police of the Metropolis (heard on 12 May 2021, judgment reserved) which sought to argue that detention in a child’s own interests is incompatible with Article 5 ECHR.

Discrimination law interacts with all of Donnchadh’s work. Donnchad has a particular interest in the intersection of discrimination law and public law and recently acted as junior counsel in the Court of Appeal in R (The Motherhood Plan) v HM Treasury, a challenge to the Government’s self-employed income support scheme on the grounds that the scheme discriminated against women who had taken a period of maternity leave.

Donnchadh regularly advises individuals and organisations on their rights and obligations under the Equality Act 2010. Donnchadh has a broad experience in advising organisations on trans people’s access to single-sex spaces, including in the school context.

Donnchadh was instructed as junior counsel on an inquiry into a University organisation’s equality and access policies, advising on compliance with the Equality Act 2010 and providing a detailed reporting on the same.

Donnchadh acts in claims challenging the unlawful use of detention powers under the Immigration Acts and related damages claims, particularly in the High Court. He is happy to advise at an early stage of proceedings and undertake urgent instructions, where appropriate.

Donnchadh also represents individuals in applications for bail before the First-tier Tribunal giving him a well-rounded view of the issues that arise in immigration detention centres. He has delivered training on effective bail applications for immigration practitioners.  He regularly accepts pro bono instructions from Bail for Immigration Detainees. His advocacy experience in the First-tier Tribunal is complemented by his High Court work in unlawful detention claims.

Donnchadh acts in cases involving discrimination and issues arising from a failure to comply with the public sector equality duty.

In addition, Donnchadh has a particular interest in procedural issues that arise from the increasing use of without notice injunctions to sanction the actions of vulnerable individuals who frequently lack capacity. Donnchadh is happy to advise on civil claims against the police arising these circumstances.

Donnchadh is regularly instructed on challenges to EHCPs and has assisted in all aspects of education law including advising on public law challenges and related private law issues.

He is licenced under the Direct Access Scheme and can accept instructions directly in appropriate cases.

Alongside his unlawful detention work, Donnchadh has assisted with claims against the police and damages claims against local authorities arising out of delays in issuing care proceedings and failures to protect children at risk of harm.

Donnchadh has a particular interest in data protection claims and privacy concerns and advised regularly on these issues whilst at Liberty. He has assisted in misuse of private information claims against the police and has been instructed to advise and assist on data protection complaints.


A group of 8 Afghan journalists have issued a judicial re...Read more


The Oxford Union Society has published the Executive Summ...Read more 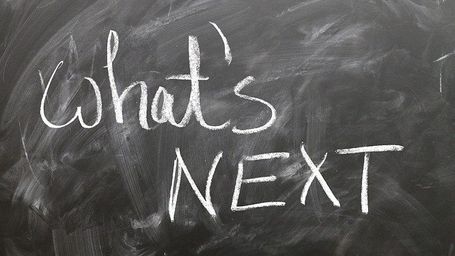 Let there be no future doubt about it? Children's rights in the UKSC

Age assessments 2020: a year in review

Challenging the Commission on Race and Ethnic Disparities