Pippa takes on cases in the areas of criminal justice, immigration and human rights. She has particular expertise in defending and upholding the rights of vulnerable or marginalised individuals including victims of modern slavery, domestic violence and torture, those with poor mental health and young people. Pippa never gives up on a case and is fast developing a reputation for first-rate client care, clinical preparation, and fearless advocacy. She is described by judges as “exceptional, caring and hard-working”, by leading counsel as “a star in the making” and “an exceptional talent, with judgment much beyond her call ”. Instructing solicitors describe Pippa as “thorough, with a high level of client care and formidable legal expertise” and “stands out amongst her peers”.

Alongside a busy and successful criminal practice defending the most serious criminal allegations including terrorism, murder, child sexual abuse, and drug trafficking, Pippa is regularly instructed in crime-related areas of public and international law, including challenges to the death penalty, actions against the police, extradition and constitutional challenges alleging breaches of fundamental rights in Commonwealth jurisdictions. She also appears regularly in the Immigration Tribunals specialising in family reunion, deportation, domestic violence and asylum cases.

Pippa receives instructions from NGOs as well as private individuals, with recent instructions including interventions on behalf of the Howard League for Penal Reform, and the Death Penalty Project.

Before coming to the Bar, Pippa worked for the Centre for Capital Punishment Studies in Kampala, where she acted for individuals facing the death penalty, and advised the judiciary, domestic legal professionals and international bodies on international obligations, human rights, and criminal justice reform. Pippa has also worked for a broad array of domestic and international organisations including the Extraordinary Chambers in the Courts of Cambodia; the UN SRCT Drones Inquiry; Barnet Law Centre’s immigration department; Reprieve; the London Innocence Project, and the National Centre for Domestic violence. She has also lectured at the Universities of Makerere, Kampala and Panastra, Pnom Penh in international human rights law.

Outside of the law, Pippa has played hockey at international level and was formerly an opera singer, performing on stages including the Royal Opera Houses in London, Vienna, Aix-en-Provence and Edinburgh. She continues to sing to support organisations promoting civil liberties including Advocates for Human Dignity - a small Human Rights NGO that Pippa founded with fellow students whilst completing her law degree.

Pippa also runs a weekly Street Kitchen for the homeless and food insecure in Kilburn.

Pippa is a fearless defender, often achieving successful outcomes against the odds. She represents defendants and appellants in domestic proceedings at all levels, including the Court of Appeal, and Privy Counsel and is consistently instructed in serious and complex cases covering a wide range of offending including terrorism, murder, human trafficking, fraud, sexual offences and drug trafficking. Pippa also assists clients facing the death penalty overseas.

Alongside her casework. Pippa has also delivered training to students, practitioners and judges in criminal advocacy and mitigation.

Pippa is passionate about protecting the rights of vulnerable individuals, and young people in particular. Alongside her legal knowledge, she uses her extensive experience working with young people in schools, sports clubs and children’s homes to make sure young defendants feel included and are given agency in what can otherwise be an overwhelming, confusing and (sometimes) damaging process.

A psychologist supporting one vulnerable client commented at the conclusion of the case that: “Pippa's approach was noticeably different from the vast majority of firms. [Her] time, patience and accessibility demonstrated to K your investment in a good outcome for him. This was a real demonstration to K of how you were holding in mind his sense of worth and value as an individual, a message a lot of our young people do not experience from the wider system. I know this is something K noticed and will hopefully internalise, and so in many ways your work with him has also been a helpful therapeutic intervention in itself.”

Examples of Pippa’s work in youth cases include:

Pippa is also mindful of the extent to which children are affected by the criminalisation and imprisonment of parents and primary carers and is passionate about challenging failures to assess and give weight to best interests of children within the criminal justice process. Recent successes in this area have included securing a suspended sentence of 2 years for a father charged with street dealing of class A drugs. His son faced returning to domestic violence at his mother’s home or being taken into care if the court had not departed from the sentencing guidelines which provide a starting point of 4.5 years.

Pippa has a growing extradition practice and is regularly instructed to defend in Part I cases including requests from Greece, Romania, Italy and Poland. She has secured discharges both on technical grounds relating to the validity of the EAW as well as on human rights grounds.

Pippa acts in a number of on-going challenges to the death penalty overseas, and advises on appeal for those convicted and sentenced in capital cases. Recent instructions include a case brought in conjunction with the Death Penalty Project seeking to argue that the Death Penalty is per se unconstitutional in Guyana. If successful, the case is likely to have a significant impact on the use and status of the death penalty across South and central America as a whole.

Pippa gained considerable experience in capital cases prior to building her UK practise, having run the Uganda Capital Mitigation Project for the Centre for Capital Punishment Studies between 2013 - 2014. Prior to that she also volunteered for Reprieve, undertaking work for their operations and death penalty teams. Whilst in Uganda, Pippa provided legal and advocacy assistance over 400 ‘condemned’ men and women, of whom 225 were released from death-row. In addition to assisting in capital appeals before the Court of Appeal and Supreme Court, Pippa advocated for those whose death sentences had been vacated as unconstitutional following the 2009 Supreme Court 2009 ruling in Kigula & 417 others but who had subsequently remained on death row indefinitely without lawful sentence or further access to the courts.

Ugandan cases of particular note include:

Pippa has advised the judiciary and international bodies including UNDP, International Committee of the Red Cross and the Office of the High Commissioner for Human Rights on international practice and procedure in capital cases as well as human rights and proposed areas of reform including introducing mental health and pre-sentence reports into the mitigation process.

As a volunteer analyst working for the United Nations Special Rapporteur on Counter Terrorism and Human Rights (Ben Emmerson QC) inquiry into the use and legality of lethal Drone strikes in global counter-terrorism operations, Pippa was responsible for collecting and analysing evidence in relation to drone strikes causing civilian casualties in Pakistan.

Given her experience in criminal law, Pippa is well placed to act in cases where issues of criminal conduct are raised.

Prior to coming to the Bar, Pippa volunteered, and later worked as a part-time caseworker at Barnet Law Service in the immigration and social services department.

Examples of recent instructions include:

Pippa accepts instructions to advise and represent those seeking to challenge failings and abuses by the police, particularly in relation to their treatment of vulnerable and young persons.

Pippa undertakes advisory work and representation for practitioners brought before their professional disciplinary tribunals, including the NMC and HCPC. She has acted primarily for nurses appearing before the fitness to practice committee of the NMC including cases relating to administration of un-prescribed medication and failures to properly assess a patient who was later hospitalised with broken ribs and a punctured lung.


Judgment was handed down by the Court of Appeal today in ...Read more


On Friday at 10.30am judgment was handed down in the judi...Read more


The final hearing in the judicial review challenge brough...Read more 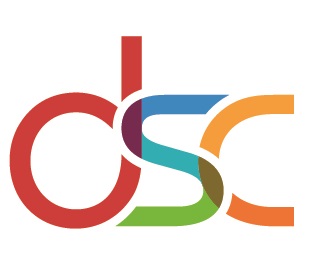 Guide to Coronavirus Offences. Help for the public, police and lawyers