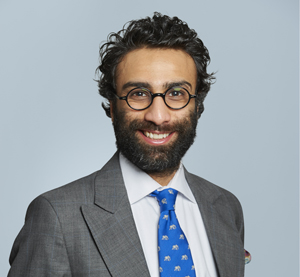 He is regularly instructed in significant cases involving vulnerable adults and medical treatment decisions brought under the inherent jurisdiction of the High Court and in the Court of Protection.

Zimran has an increasingly international practice and has been instructed to assist in significant cases in  Australia, Pakistan, India, Kenya and the United States.

Prior to coming to the Bar, Zimran worked at the Office of Legal Affairs at the United Nations Headquarters in New York. He regularly attended meetings of the UN General Assembly and the Security Council. Zimran retains a strong interest in public international law and the international protection of human rights. He is an elected member of the Executive Committee of the Bar Human Rights Committee (BHRC)  and holds a position as a Fellow, the London School of Economics.

"Zimran has a thriving practice in family law, with sources noting his specialism in children's law, often with a human rights or international element. He is a young man who will go far and is excellent at what he does" - Chambers and Partners 2014

“With a clear aptitude for cases with a human rights element, Zimran is a skilled advocate with an ability to synthesise with a calm and robust independence”

WX v YZ [2013] EWHC 2877 (Fam). Zimran Samuel appeared on behalf of the Applicant (Mother) in relation to a finding of fact hearing where Father had made numerous allegations against Mother and the maternal family. These proceedings followed on from Hague Convention proceedings and extensive proceeds before the Principal Registry. Zimran was successful in ensuring that the allegations made by Father were held to be unfounded in an emotionally and technically difficult case. Judgment can be viewed here. Press coverage in Family Law Week.

Amicus curiae in the Supreme Court of Azad Kashmir in the matter of Sajid Hussain, SC AKJ [2013]. Read more here.

MW v Hertfordshire County Council [2014] EWCA Civ 405. Zimran Samuel has successfully resisted an appeal against a decision to place children with their relatives in Poland, following the murder of their Mother by their Father. The appeal, brought by the local authority and the children’s Father, was dismissed and an order for costs was made against the local authority, the lead appellant in this case. The judgment of Macur LJ was handed down by the Court of Appeal can be read here and Case analysis here and here.

Re P (Children) [2014] EWCA Civ 852. Successfully represented an appellant in application to remove children from jurisdiction to Germany. Judgment can be viewed here and case analysis here.

Re L. Adoption placement breakdown case heard over 2 weeks in the High Court.

Local Authority A v M & Ors [2014] EWFC B219 (26 November 2014). Zimran Samuel appeared on behalf of the Applicant the London Borough of Newham. The Judgment can be viewed here.

G & A (Children: Habitual Residence and Article 15 Transfer) [2015] EWFC B41 (14 April 2015). HHJ Atkinson (Designated Family Judge for the East London Family Court) considered the issue of habitual residence and transfer of proceedings to Lithuania. The Judgment can be viewed here.

Re A (honour based violence) EWCA 2015. Acted through the Bar Pro Bono Unit.

Cumbria County Council v Q [2015] EWFC 59. Care proceedings arising from alleged non accidental injuries to an infant with a bone disorder. The case, which was heard by Mr Justice Peter Jackson, involved complex medical evidence over a period of 8 days. The Judgment can be viewed here, Case analysis here, and Press coverage in the BBC.

F and X (Children), Re [2015] EWHC 2653 (Fam) (10 September 2015). Return of 13 year old girl who had been abducted to Sudan amid evidence  that she was at risk from Female Genital Mutilation. The Judgment can be viewed here. Press coverage in the BBC, The Independent and Family Law Week.

A London Borough v B and Ors (female genital mutilation : FGM) [2016] EWFC B111 (18 October 2016). Use of Specific Issue Order to direct annual medical examination. The judgment can be viewed here.

Re S wardship. Diplomatic immunity. Press coverage in The Times and The Independent.

London Borough of Brent v C [2016] EWHC 1335. Public hearing involving end-of-life treatment declarations for a very ill child and breaches of rights under the European Convention on Human Rights  The Judgment can be viewed here.

T (A Child) [2017] EWFC 19 - The role of Facebook in locating a birth parent in adoption proceedings. The full judgment is available here and case analysis here.

AC - Radicalization [2017] on going. High profile radicalisation case relating to a child’s support and recruitment by ISIS. Currently being heard in private in the High Court pending permission to report.

Z (A Child) (FGMPO : Prevalence of FGM) [2017] EWHC 3566 (Fam) (06 November 2017). Zimran successfully led an application in the Family Division of the High Court for a British girl to be safeguarded against the risk of female genital mutilation in Guinea. The judgment of Ms Justice Russell is available here.

FT v MM & Anor [2019] EWHC 935 (Fam) (12 April 2019) - International abduction of a vulnerable adult; Application by a mother for the return of an adult child lacking capacity from the USA. Zimran Samuel successfully represented the 2nd Respondent through the Official Solicitor. Judgment of Russell J available here and analysis here.

BHRC Report to the Parliamentary Joint Committee on Human Rights Inquiry into Violence Against Women and Girls (VAWG), 4 March 2014

Challenges for a new government in Islamabad, Minority Voices, 19 July 2013

An Interview with Mr. Justice Ryder on the Modernisation of Family Justice, Family Law Week, December 2012

International Hearing on Religious Freedom, Report from the 21st session of the UNHRC, BHRC Report,September 2012

Age of Criminal Responsibility in Pakistan, BHRC, 21 May 2012

International Summit on Legal Needs of Street Youth, participated in an international summit held at Barker and Mckenzie in London on 16-17 June to explore issues in which the law specifically impacts street youth, runaways and homeless youth

UN Convention on the Rights of the Child, 23 November 2010, University of Manchester (Samuel Alexander Theatre

The Participation of Children in the Family Courts, seminar presented at the University of Cambridge, 9 June 2010


We are thrilled to congratulate Zimran Samuel on receivin...Read more


Doughty Street Chambers is delighted to announce that Ste...Read more 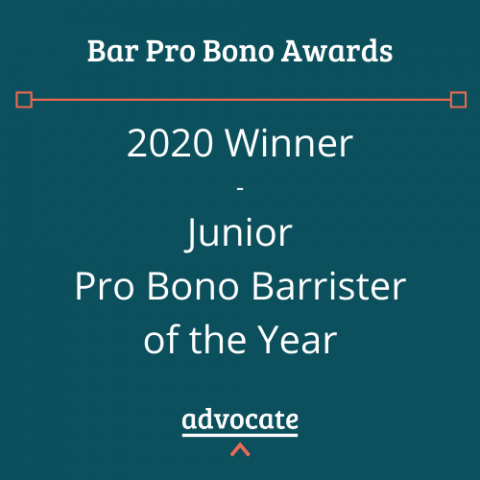