Today, it has been announced that the Care Quality Commission has reached a decision to prosecute charity Richmond Psychosocial International Foundation (RPFI) as well as Peggy Jhugroo, the manager of Lancaster Lodge in the lead up to Sophie Bennett’s death. The CQC has informed RPFI that it will be prosecuted over an alleged failure to provide safe care and treatment, resulting in Sophie being exposed to the significant risk of avoidable harm, under the Health and Social Care Act 2008. By law, registered providers of health and social care services must take all reasonable steps and exercise all due diligence to ensure patients receive safe care and treatment. Peggy Jhugroo, who was involved in Sophie’s care will also be prosecuted under the Act. The case is listed for first hearing at Ealing Magistrates’ Court on 24 May 2019.

Separately, action is being taken by HM Assistant Coroner John Taylor, West London Coroner’s Court regarding a witness, Dr Duncan Lawrence. Today, the Coroner held an unprecedented hearing to deal with Duncan Lawrence’s non-compliance with Schedule 5 Notices to give evidence at the inquest into the death of Sophie Bennett.

Mr Taylor ruled that a fine should be imposed on Duncan Lawrence, who was heavily involved in Sophie’s care. In January 2016 a number of changes were made to Sophie’s care home, Lancaster Lodge, following an audit by the consultant and ‘clinical lead’ Dr Duncan Lawrence, including the cancellation of all external therapies. Sophie, 19, later died on 4 May 2016 two days after having applied a ligature whilst in the care of Lancaster Lodge, a therapeutic community run by RPFI.

Duncan Lawrence failed to attend and disclose crucial evidence at the inquest into Sophie’s death in February 2019 (required under Schedule 5 of the Coroners and Justice 2009). The coroner also ruled that he would refer Duncan Lawrence to the Director of Public Prosecutions, Crown Prosecution Service and the police who will now consider further legal action.

Following the inquest, on 5 April 2019 the Charity Commission opened a statutory inquiry into RPFI. The inquiry is ongoing.

The jury at the inquest found that neglect contributed to the death of Sophie Bennett. Sophie had diagnoses of Bipolar Affective Disorder, Social Anxiety Disorder, and atypical autism. She had been cared for at Lancaster Lodge since April 2015. 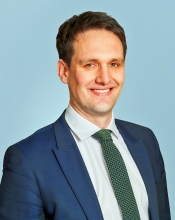