The jury in the inquest into the death of Wayne Hurren that he died from suicide after suffering a mental health relapse after failings in his treatment. The jury also found that failings by prison staff may have contributed to his death. Wayne’s family was represented by Tom Stoate of Doughty Street Chambers’ Inquests and Inquiries Team.

Wayne Hurren was found unresponsive in his cell at Wormwood Scrubs on 16 March 2019 with a self-inflicted wound. He was 58 years old.

He had a longstanding diagnosis of Schizoaffective Disorder and died after a relapse in his mental illness which followed a decision by prison psychiatrists to stop, and later to refuse Wayne’s own request to reinstate his antipsychotic medication.

Wayne was never assessed by an outside psychiatric unit, despite the fact that two different independent psychiatrists instructed by Wayne’s defense lawyers deemed him unfit for trial and recommended that Wayne be admitted to a psychiatric unit for assessment treatment.

Wayne’s condition began to deteriorate when his prescribed depot injections were stopped by a prison psychiatrist on August 7, 2018. Although this was said to have been done on the understanding that a review would take place regarding whether Wayne required alternative antipsychotic medications, that review that never took place. This meant Wayne was without a prescription of antipsychotic medication for the first time in decades.

Wayne later requested and was refused his antipsychotic medication. He repeatedly expressed that he was in pain and that his body was “crying out” for depot injections; and it was recorded that he was struggling to sleep, and that he felt “nobody cared” about how he was. An independent consultant psychiatrist acting as the court’s expert witness, Dr Dinesh Maganty, told the inquest:

On the afternoon of 15 March 2019, according to Wayne’s friend in the next cell, Wayne began to give away his personal belongings to other prisoners. That day Wayne rang his emergency bell seven, which was out of character for him; he also barricaded his cell with furniture. Wayne’s friend in the neighbouring cell later heard what he thought was Wayne smashing furniture in his cell at around 22:00.

The night duty officer who oversaw the residential night wing log claimed to have completed his mandatory wing roll checks that night and in the early morning and signed the roll check to that effect. CCTV footage in fact showed that he did not undertake any check (the night officer was later made subject to disciplinary proceedings in relation to these failings but resigned before they could be completed). At 08:50 on March 16, 2019, Wayne was discovered unresponsive in his cell by another prison officer conducting a morning roll check.

The inquest concluded that Wayne died of suicide whilst suffering from a relapse in his mental ill health. The jury delivered a highly critical narrative conclusion, stating:

“Wayne’s relapse in combination with the failure to recognise and understand the symptoms of relapse by the mental health team probably contributed to his death.

“Overall, there were failings in the treatment and management of Wayne’s mental health which, in combination, possibly contributed to Wayne’s death. These included inadequate holistic care specifically communication and reviews between the mental health and physical health team, and the refusal to prescribe anti-psychotic medication on Wayne’s request. Furthermore, insufficient direct senior reviews and monitoring of Wayne’s mental health between Wayne and his treating consultant psychiatrist.

“There were failings within the prison service which included the failure to consider and open an ACCT on 6 February 2019 as recorded in the Mercury Intelligence system. Alongside this there was the failure to carry out both the evening and morning roll call cell check on 15th and 16th March 2019. It is possible these could have influenced events.”

The inquest was held at West London Coroner’s Court before HM Acting Senior Coroner for West London, Lydia Brown, and a jury, between 20 June and 11 July 2022. Evidence was heard from 22 witnesses.

The case has been covered by MyLondon. 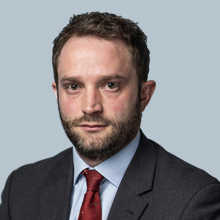 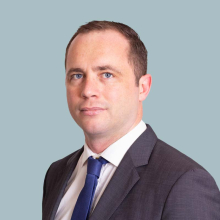 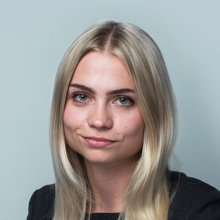