Doughty Street Chambers is extremely proud of Steven Powles QC and Charlotte Kilroy QC, who received their Letters Patent from the Lord Chancellor today, delivered on behalf of Her Majesty The Queen, at a ceremony in Westminster Hall.  In the afternoon they were sworn in as Queen's Counsel by the Lord Chief Justice at a ceremony at the Royal Courts of Justice.

Called in 1997, Steven is a specialist criminal lawyer, with a particular focus on international criminal law, extradition, and human rights.  He also leads Doughty Street International, our group of practising and academic lawyers. Steven is cited by Chambers & Partners as one of the few barristers in England and Wales who are leaders in international crime. His instructions relate to cases of crimes against humanity, genocide, war crimes, universal jurisdiction, political assassination and extra-judicial killing.  He was involved in negotiations to establish the International Criminal Court, and has regularly appeared in The Hague since, as well as in the International Criminal Tribunal for the former Yugoslavia and the Special Court for Sierra Leone.  He co-authors the leading practitioner text from Oxford University Press, “International Criminal Practice”.  As well as his international criminal work he undertakes cases in domestic courts and the European Court of Human Rights, and in cases of terrorism, extradition, protest, and politically motivated crime.  He regularly lectures and trains lawyers, military personal, academics and NGOs on advocacy, the Rule of Law, and international law.

Charlotte has specialised, since her call in 1999, in public law and human rights.  Her practice is broad including cases involving issues of asylum and detention, constitutional law, national security and human rights.  She was nominated as Human Rights and Public Law Junior of the Year in the 2017 Chambers and Partners Bar Awards.   As well as her work at first instance, Charlotte is regularly sought out to bring cases to the Court of Appeal.  There she has recently been successful in challenging unfair Home Office procedures for the consideration of asylum claims from unaccompanied children seeking to join family members in the UK; her work in support of refugee children is extensive and spans many cases.  Charlotte has also successfully acted in the Court of Appeal for clients seeking damages from the Security Services for their detention and unlawful rendition to Libya, and continues to act for women who were deceived into having relationships with undercover police officers.

Steven and Charlotte join our market leading team of 32 Silks who practise across all areas of domestic and international crime, public and administrative law, and a range of other civil and criminal practice areas. 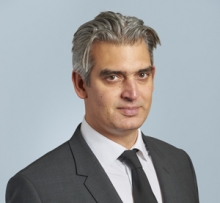 
Doughty Street Chambers is thrilled and proud to an...Read more