Whilst audio-visual material has been relied upon in international criminal proceedings  since the first war crimes trials at Nuremberg, the rapid expansion of internet usage and smart phone technology  presents both opportunities and challenges for investigators and prosecutors as individuals increasingly upload potentially relevant evidence of international crimes online.

The handbook was launched in The Hague on 5 December 2019 at the 18th Assembly of State Parties of the International Criminal Court.  A round-table of legal practitioners,  including Jelia Sane, Raquel Vazquez Llorente (Senior Legal Advisor, eyeWitness to atrocities), Chiara Gabriele (Legal Advisor, TRIAL International) and Kelly Matheson (Associate Director, Programs, WITNESS), discussed the potential impact of technology  in the documentation, investigation and prosecution of international crimes and the first ever war crimes conviction secured using video footage captured, verified and preserved using the eyeWitness smart phone application, in the Democratic Republic of Congo.

A link to the handbook is available here.

Jelia Sane has a broad practice  in international law and human rights and has previously worked at the International Criminal Court and the Extraordinary Chambers in the Courts of Cambodia. You can read more about her practice here.

Dr Keina Yoshida is a barrister specialising in human rights at Doughty Street Chambers and a research officer at the Centre for Women, Peace and Security at the LSE. Currently, she works on a British Academy funded project on gender, the environment and peace. You can read more about Keina’s practice here. 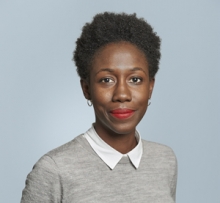 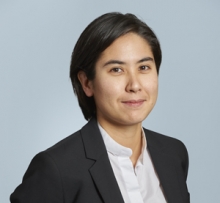