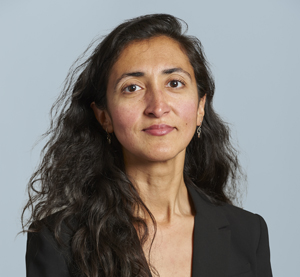 Farrhat Arshad specialises in the areas of criminal defence and human rights.

Described by Chambers and Partners as, “excellent in Court” and Legal 500 as a, “skilled and determined defence lawyer” Farrhat is instructed in Criminal Appeals and in serious crime, including murder, serious sexual offences, protest cases, drugs, firearms and fraud.  Her civil work centres on Judicial Reviews arising out of both criminal and prison law, including challenges to Parole and categorization decisions.  In recent years, Farrhat has been instructed in many out of time appeals to the Court of Appeal in relation to both conviction and sentence.

Farrhat has been recommended as a leading junior in Crime in both Legal 500 and Chambers & Partners. She was profiled as a “Future star of the Bar”, by Times Online. Farrhat is described by Legal 500 2021 as, “the consummate appeals barrister with an instinctive feel for the shape of an appeal. She is a leader in this field.”

Farrhat is a very experienced appellate barrister, acting in both conviction and sentence matters in the Court of Appeal. She has been described by the Court as presenting cases with, “conspicuous skill”. Her appellate practice also includes applications to the Privy Council and to the Criminal Cases Review Commission. Farrhat accepts direct access instructions.

Farrhat authored two of the chapters in the 2nd edition of Taylor on Criminal Appeals, (OUP, March 2012): Appeals to the Divisional Court by way of Case Stated and Appeal to the Supreme Court.

R v Jodie Rana [2018] EWCA Crim 725. Farrhat acted for the appellant, who had been convicted of arson and imprisoned. An out of time application to the Court of Appeal, based on fresh expert evidence was brought. The Court of Appeal, presided over by the LCJ, allowed Ms Rana’s appeal against conviction, based on the fresh evidence.

R v GG [2018] EWCA Crim 1741 – Farrhat acted for the appellant GG, whose appeal against conviction in respect of the alternative counts was allowed.

Farrhat is instructed to defend in a wide variety of serious offences. Her recent instructions include the following:

Farrhat acts for claimants in judicial reviews arising out of prison law and criminal law, including the following:

Farrhat has been involved in a number of environmental protest and animal rights cases. In 2012 Farrhat acted for environmental protestors charged with aggravated trespass following protests against fracking in the Lancashire area.  In 2011 Farrhat acted for one of the six environmental protestors charged with aggravated trespass at Ratcliffe on Soar power station. The trial collapsed when the Defence pursued disclosure relating to the role of undercover police officer Mark Kennedy/Stone. She was also instructed to represent those prosecuted for failing to complete the 2011 Census.

The Howard League for Penal Reform and Liberty.