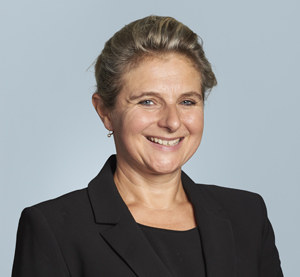 Laura works extensively in public law at all levels, with a particular focus on cases with a refugee, immigration, ECHR or EU law dimension. Her practice includes civil liberties litigation, such as challenges to administrative detention through habeas corpus, judicial review and civil actions for damages. She is also instructed in ECHR and EU law cases in the supranational courts.

Laura frequently acts for NGOs and both legally aided and high net worth individuals.

Examples of significant cases in which Laura has acted in recent years:

Listed as “Star of the Immigration Bar” in Junior Counsel Rankings every year since 2013 and continuing; listed also in Civil Liberties (Band 3) and Public Law (Band 4):

‘A leading light at the Immigration Bar, Dubinsky is famed among peers and clients alike for her nous and insight into complex asylum and detention law. Her depth of knowledge is reflected by her routine appearances in the highest courts, where she frequently advises on landmark litigation concerning detention and removal.’ ‘She is especially strong in cases involving EU freedom of movement and human rights law’.

"A brilliant barrister, whose commitment and passion for her clients’ cases is unmatched. She is a wonderful advocate, who is always so well prepared." "She is very knowledgeable and passionate. She is extremely hard-working and has a strong ability to turn things around quickly."’ ‘"Laura does fantastic work. She is very innovative and takes on difficult cases." "A fearsome opponent who is first-rate at analysing legal problems." "She is very, very hard-working and highly intellectual."’ Her knowledge is encyclopaedic. She is very, very effective and her work is second to none for immigration detention." "Committed and passionate about her work." " a stickler for detail, who leaves no stone unturned in pleadings." "Very authoritative."

“She is ferociously smart and her results speak for themselves.”’  “She loves an intellectual challenge and has an encyclopaedic knowledge of public law.” “She has a mastery of domestic and European human rights law.”

Laura is the primary author of Foreign National Prisoners, Law and Practice, LAG 2012.

Before coming to the Bar, Laura Dubinsky worked as a senior trade union campaigner in the United States and Canada with UNITE, the North American textile and garment workers' union. She directed large-scale campaigns for trade union recognition and collective agreements.

Laura was instructed as junior counsel for the Intervener, Bail for Immigration Detainees in the Supreme Court in R (DN (Rwanda) v Secretary of State for the Home Department [2020] UKSC 9, [2020] AC 698, an important case establishing the vitiating effect of a prior unlawful decision upon an authorisation for detention.

In R (Help Refugees) v Secretary of State for the Home Department [2018] EWCA Civ 2098, the leading case concerning s.67 Immigration Act 2016 (the ‘Dubs amendment’), consultation duties and procedural fairness, Laura was leading counsel in the Divisional Court and junior counsel in the Court of Appeal for the partially successful claimant NGO.

Laura was junior counsel for the Interveners BID and Medical Justice in the Supreme Court in R (O) v Secretary of State for the Home Department, [2016] 1 WLR 1717. There, the Supreme Court gave guidance on the interpretation of published Home Office policy on the detention of the mentally ill; and held that there was no statutory immunity from liability for public law errors where a person was detained following a court recommendation for deportation.

Laura was counsel for the claimant in R (Adelana) v Secretary of State for Justice [2008] EWHC 2612 (Admin) in which the SSJ's policy precluding the grant of Release on Temporary Licence for many prisoners subject to confiscation orders was found to be unlawful on grounds of fettering of discretion.

Laura was counsel for the claimant in R (Mayaya) v SSHD [2011] EWHC 3088 (Admin)/ C4/2011/3273, a successful test challenge to the SSHD's policies on leave to remain for foreign national former offenders on grounds of fettering of discretion (partially successful in Administrative Court, appeal on further points then allowed by consent in Court of Appeal).

Laura was leading counsel for the AIRE Centre, intervening, in Secretary of State for the Home Department v Viscu [2019] EWCA Civ 1052, [2019] 1 WLR 5376, [2020] 1 All ER 988, in which the Court of Appeal gave guidance on the application of EU law protections from expulsion to long-resident EU nationals and, in particular, the approach to be taken to youth custody and integration.

Laura was leading counsel for the successful appellant in R (JL) v SSHD [2018] 1 WLR 4623, in which the Secretary of State conceded in the Court of Appeal that the prohibition of employment by an EU national must in itself be proportionate and justified and cannot be the automatic consequence of a decision to deport.

She was also leading counsel for the partially successful claimant/ appellant in the Administrative Court and Court of Appeal in R (Lauzikas) v Secretary of State for the Home Department [2019] 1 WLR 6625 . That is the first domestic case to clarify that the administrative detention of an EU national must satisfy a necessity test and cannot be based on previous convictions alone.

Laura was junior counsel for the appellant in a landmark case heard by the Grand Chamber of the CJEU on a preliminary reference (Case C-304/14 CS v SSHD). The Grand Chamber held that a third country national parent or carer can only be expelled, where this would cause the constructive expulsion of a dependent EU Citizen from the territory of the EU, where the third country national poses a ‘genuine, present and sufficiently serious threat to one of the fundamental interests of society’.

She was junior counsel for the appellant in Nouazli v SSHD, [2016] 1 WLR 1565 concerning the question of whether the detention power conferred by Regulation 24(1) of the EEA Regulations 2006 was compatible with EU law. The appeal before the Supreme Court was unsuccessful.

Laura was counsel for the appellant in Arranz v SSHD [2017] UKUT 294, in which the President of the Upper Tribunal Immigration and Asylum Chamber set out the test for the deportation of EU nationals. Note: following fresh CJEU authority, the Secretary of State’s appeal concerning one aspect of the Arranz judgment (the Bouchereau test) was allowed by consent.

Laura was leading counsel on behalf of the United Nations High Commissioner for Refugees in a country guidance appeal before the Upper Tribunal concerning Eritrea. The Upper Tribunal found in MST and Others, UNHCR Intervening, (CG) [2016] UKUT 443 (IAC) that the Secretary of State’s guidance to her caseworkers concerning safety on return to Eritrea was unlawful; and reaffirmed earlier country guidance which extended higher protection to Eritrean asylum applicants.

In HJ and HT v SSHD [2011] 1 AC 596. Laura was junior counsel for the Appellant HJ (successful Supreme Court challenge overturning a line of domestic authority holding that refugee status is to be denied to gay men who will avoid persecution on return by concealing their sexuality).

Laura acts in immigration detention challenges at all levels.

Laura was leading counsel for the partially successful appellant/respondent in R (Lauzikas) v SSHD [2019] 1 WLR 6625, important litigation establishing the scope of EU law protections applicable to detained EU nationals including the application of a necessity test; and concerning also causation and damages.

Laura’s other immigration detention cases include R (Abdi) v SSHD Times, March 11, 2011 (successful challenge to the detention of a former foreign national prisoner, guidance given on the relevance of time spent on appeal). She was also sole counsel for the Intervener, Liberty, in R (Suppiah and Others) v SSHD [2011] EWHC 2 (Admin), (2011) 108(4) LSG 18 (partially successful challenge to the detention of children under Immigration Act powers).

Interface of asylum and extradition

Laura has acted in a series of cases concerning the interface between asylum and extradition. She was leading counsel for the unsuccessful claimant in R (Troitino) v National Crime Agency [2017] EWHC 931 (Admin), on the question of what constitutes an “asylum claim” for the purposes of invoking the bar to extradition in s.39(3) Extradition Act 2003.

Laura has been instructed in litigation around the prohibition of torture. She was instructed as junior counsel by a consortium of human rights organisations intervening in A and Others v SSHD [2006] 2 AC 221 (inadmissibility of evidence obtained under torture). She was also junior counsel for the Interveners in both the Court of Appeal and House of Lords in Ronald Jones & Others v Saudi Arabia [2007] 1 AC 270 (sovereign immunity and claims against foreign states over torture).

Laura also acts in cases with an EU law dimension. She was junior counsel in Case C‑165/14 CS v Secretary of State for the Home Department, a landmark case in the Grand Chamber of the Court of Justice concerning the protections enjoyed by EU Citizens from constructive expulsion from EU territory.

She is also instructed in the ECtHR and has acted for applicants and interveners in a series of communicated applications – to date either settled or unsuccessful- challenging the lack of time limits in the UK’s regime for the detention of immigrants.

Laura's practice includes civil claims for damages. In E v the Home Office, Unreported, Central London County Court, 9CL01651, 10 June 2010, she acted for the successful claimant who was awarded £57,500 (including £25,000 exemplary damages) for a period of one month's unlawful detention. In S, C, D v Home Office Unreported, HQ09X01155, Queen's Bench Division Laura acted on behalf of three claimants who won damages exceeding £100,000 in total for a period of 3 and a half months' unlawful detention, including exemplary damages, before a Master.

Laura was junior counsel for one of the successful appellants in the landmark Supreme Court challenge concerning Refugee convention protection for gay and lesbian applicants. In HJ and HT v SSHD [2011] 1 AC 596, the Supreme Court overturned a line of domestic authority holding that refugee status was to be denied to gay men who will avoid persecution on return by concealing their sexuality.

She was junior counsel for the appellant in Nouazli v SSHD, [2016] 1 WLR 1565. The Supreme Court held that a third country national exercising no EU law rights is not a permissible comparator for a person exercising free movement rights; so that secondary legislation can lawfully treat immigrants exercising EU free movement rights in the UK less favourably than third country nationals who are not.

Please see ‘Public Law’, ‘Immigration and Asylum’ and ‘Actions Against the Police’ pages for details of Laura’s work in prison law cases, public law and EU law challenges to immigration detention, to bail restrictions and employment prohibitions; and civil actions against public authorities for damages.


Doughty Street Counsel are acting in a challenge to...Read more


The High Court has found that the failure to provid...Read more


The Court of Appeal held that unaccompanied child r...Read more


The Administrative Court has found that a Lithuania...Read more