Today, the family of Christopher Allen is addressing the United Nations Human Rights Council in Geneva, calling on the international community to take action to secure justice for his killing.

After the death, photographs circulated online of Christopher Allen’s body, with his horrific injuries visible and his genitals exposed. These photographs were eventually taken down after the family appealed to the South Sudanese authorities via US diplomats to have them removed.

In the two years since Christopher Allen’s death, there has been no official investigation into the killers or the circumstances, by the South Sudanese authorities, or by any other law enforcement agency. Such investigation as has taken place has been conducted by the family and by journalists looking into the case. In August 2019 the family’s lawyers wrote to the FBI stating that there is reasonable cause to suspect that both the killing and the taking of the photographs were war crimes, in violation of international law. The FBI’s International Human Rights Unit was asked to confirm by 12 September 2019 that it will commence an investigation into these suspected war crimes. That date has been and gone; the FBI has failed to respond.

Today, Christopher’s cousin, Jeremy Bliss, will ask the UN Human Rights Council to examine its own conduct in the case. Speaking on behalf of the family and NGO Reporters Without Borders (RSF), he will say: “Christopher’s body was in UN custody before repatriation. We are concerned the UN obstructed our attempts to collect evidence, did not secure its own and did not investigate the killing for potential war crimes. There is an international war on truth and this Council should be at the forefront of its defence.”

Barristers Caoilfhionn Gallagher QC, Jonathan Price and Tatyana Eatwell, of Doughty Street Chambers, working with New Mexico attorney Nancy Hollander, are asking the UN Commission on Human Rights in South Sudan and the UN Mission in South Sudan to investigate the actions they took after Christopher’s killing, and to provide a report to the family as soon as possible.

Caoilfhionn Gallagher QC, speaking on behalf of the family and the International Federation of Journalists (IFJ) said, “The Commission on Human Rights in South Sudan has a mandate to collect and preserve evidence of, and clarify responsibility for, gross violations and abuses and human rights and related crimes, with a view to ending impunity and providing accountability. These are worthy aims, but when the UN was faced with the body of a journalist who had been violently killed, and a grieving family seeking answers, the UN itself failed. The Commission must now meet its mandate and investigate its own actions in the case of Christopher Allen.”

Joyce Krajian and John Allen, Christopher’s parents, added: “Two years on from our beloved son’s killing, there has been no criminal investigation, no inquiry into the circumstances of his death, no explanation, and no one has been held to account. We now call on the UN to come to our aid, to look into what happened in August 2017 and give us answers. We have waited two years. We should not have to wait any longer.”

Rebecca Vincent, RSF’s UK Bureau Director, said: “For two long years, the very institutions that are meant to promote and protect press freedom have failed to act in the case of Christopher Allen. For two years his family have been left to fight for justice without the support of their governments or the United Nations. Today at the Human Rights Council we call for an end to this policy of inaction; the UK and US governments and the UN must act to ensure justice for Christopher and the protection of journalists still reporting from conflict zones like South Sudan.” 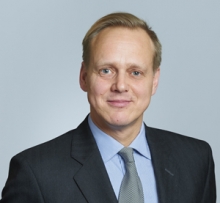 
Today, lawyers acting for the family of journalist Christ...Read more