The Oxford Union Society has published the Executive Summary of an Equality and Access Review recently carried out by Henrietta Hill QC, David Stephenson and Donnchadh Greene.

The Oxford Union Society commissioned an in-depth examination of its rules, policies and practices and compliance with its Equality Act 2010 obligations. The Review was commissioned following a settlement reached between the Union and Mr Ebenezer Azamati, a Ghanian postgraduate student who is blind, who had brought a civil claim for his treatment in attempting to attend the annual No Confidence debate.

The Review made 81 recommendations to the Union. It highlighted key areas of concern such as:

The Union accepted 77 recommendations in full and accepted the remaining 4 in “some form”.

A copy of the Executive Summary is available here.

Henrietta Hill QC, David Stephenson and Donnchadh Greene were instructed by Preiskel & Co LLP on behalf of the Oxford Union Society to conduct the Equality and Access Review and write the report. 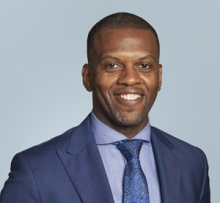 David Stephenson
David is Joint Head of the Employment Team