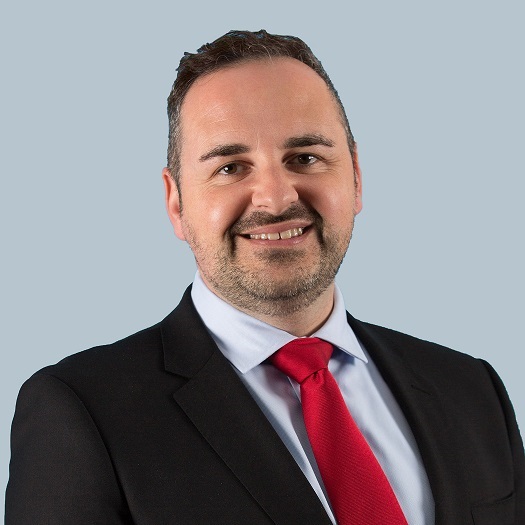 Oliver's public law practice involves judicial reviews of state actions, as well as Human Rights Act claims. He is on the Equality and Human Rights Commission’s panel of counsel.

His practice includes negligence and other claims involving failures by organisations to provide adequate care and support. His cases often have a discrimination angle under the Equality Act 2010. He has experience conducting confidential independent investigations for healthcare entities.

In inquests, Oliver represents interested persons where the death touches on healthcare or disability issues. He is on the counsel team instructed by the “Covid-19 Bereaved Families for Justice” in the forthcoming national Covid public inquiry.

Appearing regularly in the Court of Protection, Oliver represents a range of local authorities, healthcare bodies, the Official Solicitor and family members. Oliver has represented restricted patients in the Mental Health Tribunal and has appeared in the Upper Tribunal. He is ranked as a leading junior in Court of Protection:

Oliver is a member of Doughty Street International, focusing on children's rights and disability rights. He spent 15 years in Budapest working in international human rights law before returning to the UK Bar in 2017. He has experience litigating at the European Court of Human Rights as well as conducting advocacy before UN and Council of Europe bodies. He participated in the negotiation of the UN Convention on the Rights of Persons with Disabilities (CRPD) and has written widely on its implementation.

Court of Protection and Mental Health

Oliver is ranked as a leading junior in Legal 500 and Chambers & Partners in Court of Protection.

Oliver has a busy Court of Protection practice across a range of cases including residence, care, contact, social media, and international protection and cases that touch on the Human Rights Act. He is regularly instructed by the Official Solicitor, and also represents family members, local authorities, CCGs, NHS Trusts and other bodies. He has experience of vulnerable adult cases under the inherent jurisdiction of the High Court. He is often instructed in cases where relationships between public bodies and families have broken down.

Oliver advises on judicial reviews and civil claims arising from unlawful deprivation of liberty and inappropriate treatment in healthcare and social care.

Oliver has extensive experience of strategic litigation, having spearheaded a series of successful test cases in the European Court of Human Rights from countries in central and eastern Europe, including Shtukaturov v. Russia (2008) and Stanev v. Bulgaria (2012), both cited by the UK Supreme Court.

Among Oliver’s recent cases are the following. By their nature, most Court of Protection cases are unreported.

Oliver is regularly instructed in inquests that raise concerns about the provision of health or social care, often involving complex medical evidence. He is adept at judicially reviewing Coronial decisions to ensure that inquests are carried out fairly, as well as representation in civil claims.

Oliver is instructed in several ongoing inquests, including Article 2 and jury inquests that touch on learning disability, mental health, personality disorder, respiratory disorders, cardiology and neurology. He is representing several clients whose loved ones died from Covid-19 and where national and local failures arguably contributed to the deaths. In the forthcoming national Covid inquiry, Oliver is part of the counsel team representing the Covid-19 Bereaved Families for Justice.

At the international level Oliver oversaw a third party intervention in Centre for Legal Resources v. Romania (2014), a case brought by a Romanian NGO in the European Court of Human Rights. This is a leading case on the right to life under Article 2 of the ECHR and access to justice for people with mental disabilities. The Court found that an NGO could pursue an application on behalf of a man who died in a psychiatric hospital and had no next of kin.

Oliver regularly advises on health and social care provision and accepts instructions in clinical negligence cases across the range of medical specialisms.

His niche practice is in relation to HRA and negligence claims about the care and treatment of people with mental health issues, learning disabilities and/or autism in schools, prisons, psychiatric hospitals, care homes and the community.

He has conducted confidential independent investigations for health and social care entities. Supplementing his legal analysis, he has a Master of Public Administration (MPA) and draws on his experience as a charity CEO for over a decade and his experience as a trustee. He therefore understands governance, human resources, communications and management problems in organisations.

Oliver has a strong health-related inquest practice, as well as a Court of Protection and mental health law practice, including medical treatment cases. He has a part-time role as Chair of Independent Review Panels in relation to NHS Continuing Healthcare.

Oliver is regularly instructed to advise on judicial reviews, including those related to provision of healthcare and social care and compliance with the Equality Act 2010. Through drafting Letters Before Claim, Oliver has successfully reversed several case management decisions by Coroners. During the Covid-19 pandemic he has been instructed to challenge restrictive visits policies of NHS Trusts and care home providers. He is also instructed by the Covid-19 Bereaved Families for Justice, a group calling for a statutory inquiry into the UK government’s response.

Oliver is a leading expert on international disability and mental health law and policy. He participated in the drafting of the UN Convention on the Rights of Persons with Disabilities (CRPD), and has written extensively on its implementation, and on ECHR and disability. Oliver advocates with organisations of persons with disabilities around the world; advises governments on their mental health and disability laws and policies; works with UN bodies and national human rights institutions; and has litigated landmark disability rights cases. Since 2016 Oliver has been Visiting Professor of Law and Social Justice at the University of Leeds where he is a member of the Centre for Disability Studies.

In 2021, Oliver was the lead author on UNDP's "Political Participation of Persons with Intellectual or Psychosocial Disabilities". Among his instructions in 2022 are advising NGOs in Mauritius on a Disability Bill and conducting training for judges in Georgia on CRPD standards. He is on UNDP's panel of experts on mental healthcare, and on the OSCE panel of political participation of persons with disabilities.

Among his recent publications are “Supranational Human Rights Bodies and Protecting the Rights of People With Disabilities in the COVID-19 Pandemic” in the European Human Rights Law Review in 2020; with Soumitra Pathare “Chronic illness, disability and mental health” in Foundations of Global Health and Human Rights, Benjamin Meier and Lawrence Gostin (eds), OUP 2020; and with Genevra Richardson "The right to live independently and be included in the community", International Journal of Law and Psychiatry, Vol 69, March-April 2020.

Oliver has carried out human rights monitoring and delivered training in over twenty countries in Europe, Africa, Asia and Latin America. Drawing on his experience as Legal Director then Executive Director of the international charity Validity (formerly the Mental Disability Advocacy Centre) from 2002 until 2017, he can be instructed to provide law and policy reform advice as well as training services to bodies committed to implementing human rights standards including governments, NGOs, inspectorates, philanthropic organisations, corporations and development agencies.

At MDAC Oliver oversaw the world’s largest multi-country docket of disability rights test cases. Under his leadership MDAC represented applicants or acted as amicus curiae in cases before the European Court of Human Rights,

MDAC achieved numerous successes in constitutional courts and other domestic proceedings, including in Bulgaria, the Czech Republic, Russia and Slovakia. Working in partnership with the Bulgarian Helsinki Committee, Oliver initiated the first case in central and eastern Europe concerning disability discrimination in the provision of education (MDAC v. Bulgaria, 2008, European Committee of Social Rights). This case helped to ensure that abusive children’s institutions in Bulgaria were closed down.

Oliver has developed and implemented advocacy strategies using international human rights mechanisms and the media. He is experienced in conducting negotiations with representatives of governments and intergovernmental organisations. Oliver has also facilitated complex and innovative multi-stakeholder discussions. For example, he worked to bring the disability and Roma rights communities together for the first time to advocate at the UN level for inclusive education for all children.

In Europe, Oliver has conducted advocacy at the European Commission, the European Parliament, the Council of Europe’s Parliamentary Assembly, the Committee for the Prevention of Torture and the Commissioner for Human Rights. In 2011, he led a successful international campaign to persuade the Venice Commission to reverse its position that people could be deprived of the right to vote on the basis of their mental incapacity.

Oliver Lewis and Genevra Richardson (2020) The right to live independently and be included in the community, International Journal of Law and Psychiatry, Vol 69, March-April 2020

Oliver Lewis (2018) “Council of Europe” in Lisa Waddington and Anna Lawson (eds) The UN Convention on the Rights of Persons with Disabilities in Practice, OUP

Ann Campbell and Oliver Lewis, “Violence and abuse against people with disabilities: A comparison of the approaches of the European Court of Human Rights and the United Nations Committee on the Rights of Persons with Disabilities”, International Journal of Law and Psychiatry, Volume 53, July–August 2017, Pages 45-58


Matthew Caseby was 23 years old when he died after being ...Read more Covid-19 deaths of care home residents: what does justice look like? We need a public inquiry into Cygnet’s 'Yew Trees' scandal "Slow, inconsistent and, at times, negligent"